The Twitch streamer Adin Ross was encouraged by his chat to look up the meaning of the word "fascism," a term he was somehow unfamiliar with. What followed was an encapsulation of the failures of the modern American education system, and the breakdown of society.

During his Google search, Ross's lack of reading comprehension was rivaled only by his ineptitude for phonetic pronunciation, as he proceeded to butcher every single term and name he came across. It wasn't until he read the admittedly easy and recognizable words "Hitler" and "Nazi" that he panicked and accused the chat of setting him up. People were understandably less than impressed.

miles away from pronunciation, a lifetime away from understanding

start small and work your way up adin pic.twitter.com/GJ8QIN3Mtl

His reaction to learning about a must know term was similar to that of someone opening up a prank link, or getting Rick Rolled. If Hitler had a name like Mussolini, perhaps people wouldn't even know who he was. Or should I say, 'Benito Mazuli.'

I see myself as more of an ultranolitananalyst

This guy is a 20 year old millionaire with an online following also in the seven-figures, who unabashedly supports multiple problematic political and societal figures without understanding their underlying issues. Is there anything more American?

A 20-year-old millionaire staring at a screen struggling to pronounce words with no concept of politics whatsoever is literally the perfect encapsulation of America.

This right here is a great example of why a good education system is important.

He knows Nazi = bad. But if you said someone is a facist, he wouldn't correlate.

I bet there are millions of americans who are the same. 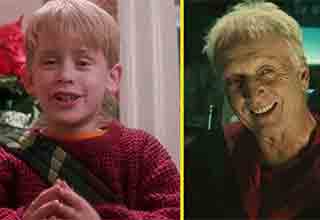