Pokimane, the most-followed female streamer on Twitch, had a wardrobe malfunction live on cam the other day, but she shrugged it off like a pro. During a stream of Overwatch 2, she walked off-camera for a second and came back revealing more than she planned. While talking to her followers saying she had a “scientific question” for them, the fans were understandably distracted. She did a quick fix, then walked off to change her wardrobe. Fans of boobs were thrilled, fans of “scientific questions” were devastated.

POKIMANE HAD A NIP SLIP?!?!?? pic.twitter.com/QotlF8mHgZ

The video was quickly removed but has made the rounds on Reddit and Twitter. “Call me Phil collins cus I’ve been waiting for this moment all my life” tweeted @funnytoothbrush. More skeptical fans are claiming the slip was on purpose for views, which doesn’t seem impossible since it happened off-camera. @m12sash tweeted “Pokimane is actually a genius for the fake nip slip ngl”.

me examining every angle of the Pokimane leak pic.twitter.com/aO6X6GId0q

Imane Anys, better known as Pokimane, is a Moroccan-Canadian streamer who got on Twitch way back in 2013 and made headlines a while back for playing Among Us with Senator Alexandra Ocasio-Cortez. As the most popular female streamer, her mishap is making headlines, but she plays on like a true gamer. 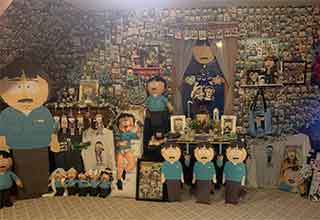