Sonic the Hedgehog is celebrating his 30th anniversary today, a day marked with his own personal live stream event, Sonic Central, hosted by Sega.

Why would Sonic need a live stream press conference just for himself you might be thinking? Well, why not, and what the hell is going on, are both suitable answers, the real answer isn't so clear.

lol why am I watching the Sonic stream

Today we're talking about what's cool. Where things are going and who is the face of video games. That being said, there is no meaningful answer, because gaming is no longer a monolith of male-centric gamers, all basically playing the same games, with different names, made by different studios.

And no one can deny that the last 20-years of gaming have belonged to anyone but the mustached plumber, but our point today is that the next 25-years might belong to the blue blur.

At today's first-ever Sonic Central, Sega gave some previews of the multitude of Sonic games, shows, and updates coming over the next few months and years. The biggest of which was the teaser of a brand new Sonic game.

But what might be the most anticipated announcements might also be the strangest. Sonic will be a customizable avatar in Olympic Games Tokyo 2020, the official games of the Tokyo Olympics. And to be honest, it looks like a fever dream.

As well, Sonic is getting a feature in Two Point Hospital, the business/ hospital simulation game developed by Two Point Studio, and already the inclusion is receiving the meme treatment.

scheduling my colonoscopy at the Sonic Hospital pic.twitter.com/aEQcu9U88x 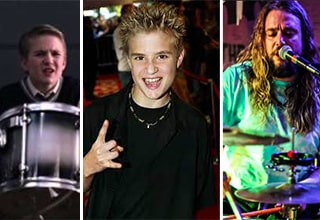 NEXT ARTICLE For Those about to Rock We Salute You, Kevin Clark Dead at Age 32