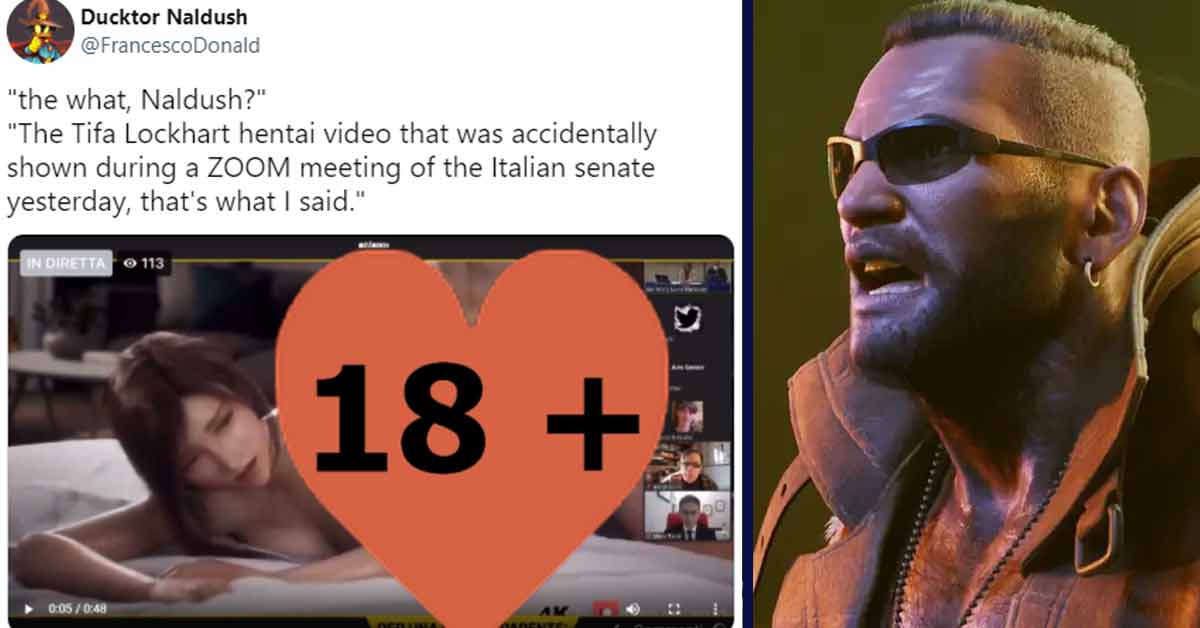 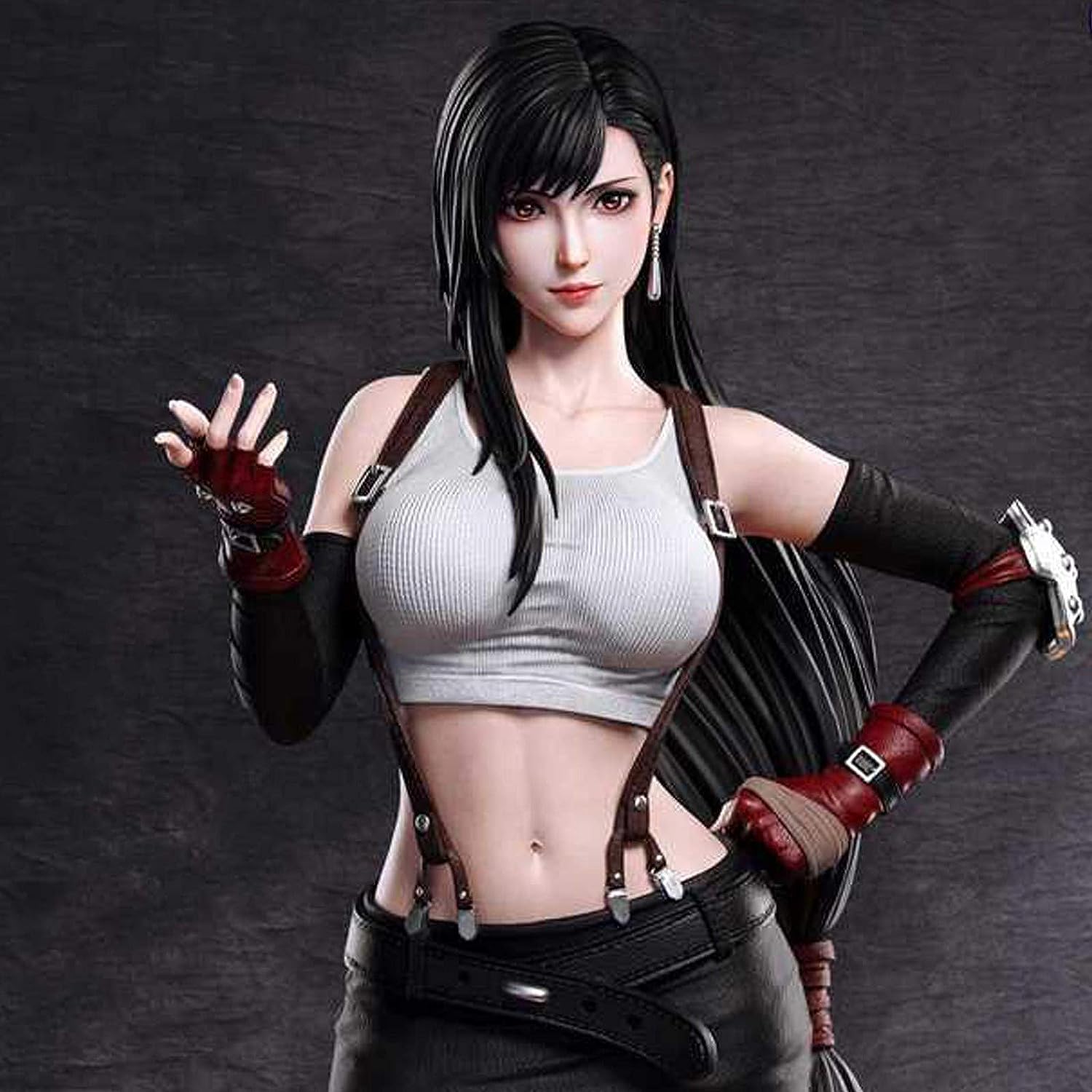 Lawmakers were gathered to discuss data transparency and were just in the middle of introducing Nobel Prize-winning physicist Giorgio Parisi when the video feed was interrupted by a graphic video of the popular Final Fantasy character receiving a thorough d**king down by an unidentified dude. The conference was being livestreamed on Facebook as well as being broadcasted on Senato TV, Italy's version of C-SPAN.

We can't actually SHOW you that video because "Zucky no likey the boobies," but we can link you to a tweet that contains the clip in its comments. 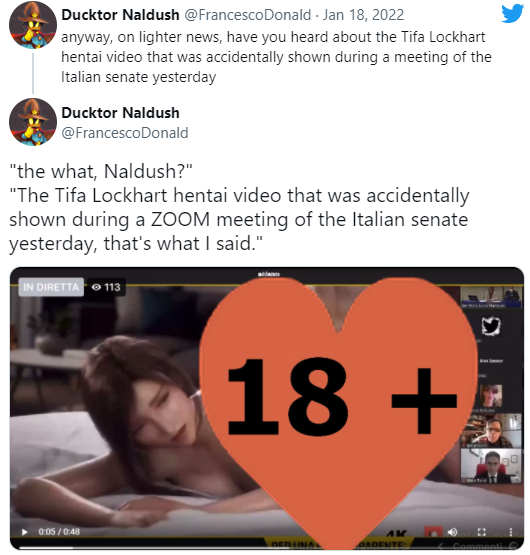 The pornographic clip, originally created by animator @juicyneko1, was streamed into the meeting by a rogue participant who was Zoom-bombing the meeting. Senators were treated to a full 30 seconds before the offending guest was removed from the stream and order was eventually restored.

The incident has been reported to Italian police, who will conduct a further investigation that may or may not involve re-watching the uncensored clip many, many times over. You know, for clues. 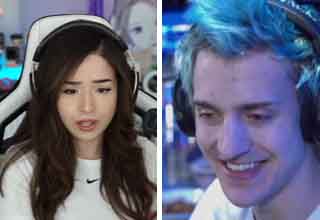 NEXT ARTICLE Ninja Threatens Pokimane With a Lawsuit After Twitch Raid