It comes as no surprise that at this moment, Kickstarter has hundreds of live tabletop and virtual gaming projects seeking backers. Now more than ever, it seems contributors have a tremendous amount of input in the development of games.

Indie game studio Pathea Games, which recently finished accepting fan funding for My Time at Sandrock, pushed back their release date based on patron requests like building a more customizable character. Top contributors of this game were offered the chance to record the voiceovers for monsters and customize weapons that would appear in the final game.

To most, the chance to hear your own voice in a video game is a fantasy, but thanks to platforms like Kickstarter, IndieGogo, and Patreon, it is becoming a reality.

It feels cool and exclusive to get early access to a game by donating money but there are more meaningful perks one can find. Some exciting upcoming projects which haven’t gone live yet include a board game based on The Witcher, an ecosystem builder called Ecoplanet, and customizable spherical RPG dice. Below are a few interesting Kickstarter games which are accepting contributions until July 2021.

Auroboros: Coils of the Serpent - Tabletop

Warchief Gaming and Chris Metzer’s D&D setting Auroboros: Coils of the Serpent, which has already exceeded its $50k goal by over $1 million, is approaching its close on Kickstarter. This campaign is worth investing in as some of the physical perks like the dice set, set of premium character sheets, and hardcover sourcebook are sure to go up in resale value as this game becomes popular. Some background on Metzer’s story and process is available on Polygon including original artwork. Chris Metzer retired from Blizzard Entertainment as a Vice President and animator after working on some of the most renowned titles of all-time like Diablo, Starcraft, and WoW. The estimated delivery date for Auroboros is 2022. If you see this after the May 21st deadline, consider Redsky, a similar but unrelated project which is available until June 17, 2021.

French board game ICE is an archaeological exploration available for backing until May 31, 2021. You need between one and five players for each game. ICE was designed and published by This Way !, which consists of two brothers. Backers will have the option to ship to France, UK, or the USA, and the game will be available in both English and French languages. Pledges which include a copy of this beautifully designed game range from €66-122. Other perks include collectibles like numbered fine art prints.

Elementallis looks, feels, and sounds like The Legend of Zelda or Pokémon Gold/Silver in a feel-good nostalgic way. The player will use elements like fire, water, and lightning to defeat enemies, explore biomes, solve puzzles, and navigate dungeons. Spanish developer and industrial engineer Iván Ruiz Lozano describes his focus in developing this game as capturing the essence of the games he grew up on with a modern approach. Elementallis will be Lozano’s first commercial game. Kickstarter backing is available online until June 3, 2021. €7 will afford you the ability to customize your own reward. The expected release is June 2022 and languages will include English, Spanish, and Catalan.

Quell is a fitness subscription game and the supporting equipment featured on Kickstarter and IndieGoGo. The gamer straps on a backpack attached to a gauntlet and throws punches which sync up to their character in the game. This is not a boxing simulator but an adventure game where each fight is equivalent to one workout and teaches boxing techniques. Quell claims 30 minutes of their resistance-based combat workout burns more calories than 30 minutes spent “running, cycling, or [in] a HIIT session”. The least expensive tier costs $249 and includes equipment, three months subscription to the game and an ebook. A Peloton stationary exercise bike costs $1,895 and $49/month for the subscription. Quell is currently available in beta.

New Leaf: Memories is a 3D farming simulator from Singaporean developer Ironheart Studios open to pledges until June 10, 2021. The gameplay looks extremely similar to Yonder, Animal Crossing, and Harvest Moon/Story of Seasons and is worth pledging for fans of the genre. Mining, fishing, farming, building, raising animals, and dating are benchmarks of games like these and this is no exception. This game is worth donating to if you enjoy the genre because a pledge of only $21 USD (SGD $27) provides the donor with a copy of the game, their name in the credits, beta access, and more.  For comparison, the latest Harvest Moon game, Story of Seasons: Pioneers of Olive Town, which came out in March 2021, costs $49 USD.

Savage Hall is a multiplayer murder-mystery game to be played over Zoom. It includes “voice-recorded performances and on-the-spot social deduction. Think of it as a marriage of interactive theatre, podcast, and live-action roleplaying, set in London during the height of the Blitz”, requires six players, and lasts roughly two hours. A $35 pledge invites the backer to play with other contributors while a pledge of $136 gets a private game for the backer and five friends. This game would be a good team bonding or family party exercise. Savage Hall is a little over halfway to reaching its $7,500 goal and is available for patronage until May 31, 2021. The Cursed Exhibit (Immersive Detective Mystery Packages) is a similar crime-solving deduction game also available now until June 10, 2021, on Kickstarter. The Cursed Exhibit comes in the mail as a monthly subscription of clues, puzzles, and ciphers. 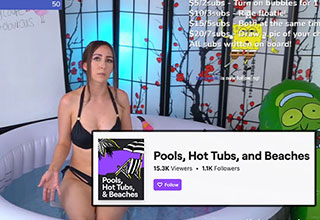