This kid decided to bum-rush the stage during last night's 2022 Game Awards ceremony, and somehow got ahold of the mic. Instead of thanking the usual people that most award recipients do, this rogue kid dedicated his nonexistent award to his 'reformed Orthodox Rabbi Bill Clinton'.

The moment came during the show's climax, right after Elden Ring was announced as 2022's Game of the Year. With the FromSoftware team heading to the stage to collect the most important award of the night, this kid decided that their acceptance speech needed some finishing touches.

This kid snuck up on stage!!! pic.twitter.com/d2mt3MFs2u

At this time it is unclear who the kid is or what his motivations were, but he has allegedly been taken into custody.

The individual who interrupted our Game of the Year moment has been arrested.

It looks like this kid just proved that if you act like you belong, you can get just about anywhere. That is until you decide to thank your reformed Orthodox Rabbi Bill Clinton.

Bill Clinton when he heard he was nominated for Game of the Year, by that random kid on the stage during the game awards acceptance speech for Elden Ring... #TheGameAwards pic.twitter.com/QVFXieCCkf 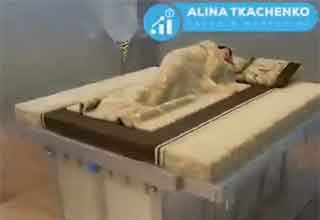 NEXT ARTICLE This 'Anti-Earthquake Bed' is Actually a Fancy Coffin