A new tool created by Unreal Engine called MetaHuman Creator will allow anybody to create photorealistic humans. The teaser trailer shows off some pretty insane graphics, just giving a taste of the potential of a tool like this.

For the general public, this can serve as a cheap and easy way to have access to high-res models of digital humans, a process which, has traditionally been slow and expensive.

Typically, creating models of humans is an expensive process for those in the 3-D animating space. Creating each person is a time-consuming task, especially for game developers who spend day and night crafting each and every character in a game. Now, with something as highly scalable as MetaHuman Creator, the process is becoming incredibly easier. The video shows off just how dynamic the tool is, allowing for tons of customizable hairstyle, faces, you name it.

The most incredible part about MetaHuman is the graphical quality. Having a scalable system for creating digital humans at such high quality is truly remarkable. MetaHuman also works inside a browser, meaning anybody who can double click the Google Chrome icon on their computer screen can have access to the tool. Having something so powerful running in a browser is still pretty awesome, to say the least.

It will be interesting to see how this is used once it is released into the wild of the internet. Having such a high-quality tool at the fingertips of the internet could lead to some wacky inventions, (memes) and personally, I can’t wait to see how it unfolds. 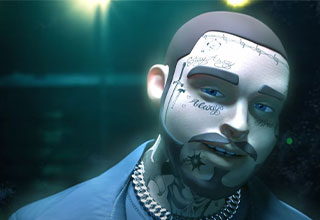 NEXT ARTICLE Post Malone Will Perform in Digital Pokemon Concert