Microsoft has announced that they are removing the Xbox Live Gold subscription requirement for free-to-play online multiplayer games effective immediately. Finally, free-to-play games will be free-to-play.

Starting now, all Xbox players can access these free-to-play games with or without an Xbox Live Gold subscription: https://t.co/krFop3Qkg6 pic.twitter.com/CVbRK2hpus

Xbox owners no longer need an Xbox Live Gold subscription in order to play popular multiplayer games including, Destiny 2, Call of Duty: Warzone, Fortnite, and Apex Legends. Xbox is also including party chat in the deal, as well as the consoles' 'Looking For Groups' feature.

This move comes just a few months after Xbox’s failed attempt at doubling the price of Xbox Live to $120. This move puts Xbox Live in an even weirder place than before.

scolded Sony into not shutting down PS3 & PS Vita stores.

can we rock Nintendo's shit next? lol pic.twitter.com/ZPqmGq667n

Microsoft has begun backpedaling on the Xbox Live brand, and now with access to truly free-to-play multiplayer games, we can't help but wonder, what's left worth paying for. You gain access to “free” titles every month and discounts, but other than that, if GamePass isn't realising AAA titles like Outriders, will people stick with it?

Here is a full list of games that’s multiplayer modes are now unlocked with this new change:

All games you can play WITHOUT a Xbox Live Gold subscription.

With the rescinded price changes to Xbox Live, then allowing players to play FTP online titles for free, this is clear signaling from the Xbox team that they are willing to make changes that benefit their community in a positive way. This is continued proof that an outcry from fans can bring real change.

When we speak and voice our opinion, these gaming companies do listen.

We took such a W today guys

This change makes the Xbox Series S price point at $299 even more appealing, considering that you are no longer mandated to pay the $60 Xbox Live subscription fee. Another huge part of this news, is Xbox opening up the Xbox party chat, a feature locked behind the Gold paywall for far too long.

We commend Microsoft for their changes and if you're an Xbox fan, there's a lot to be happy about! 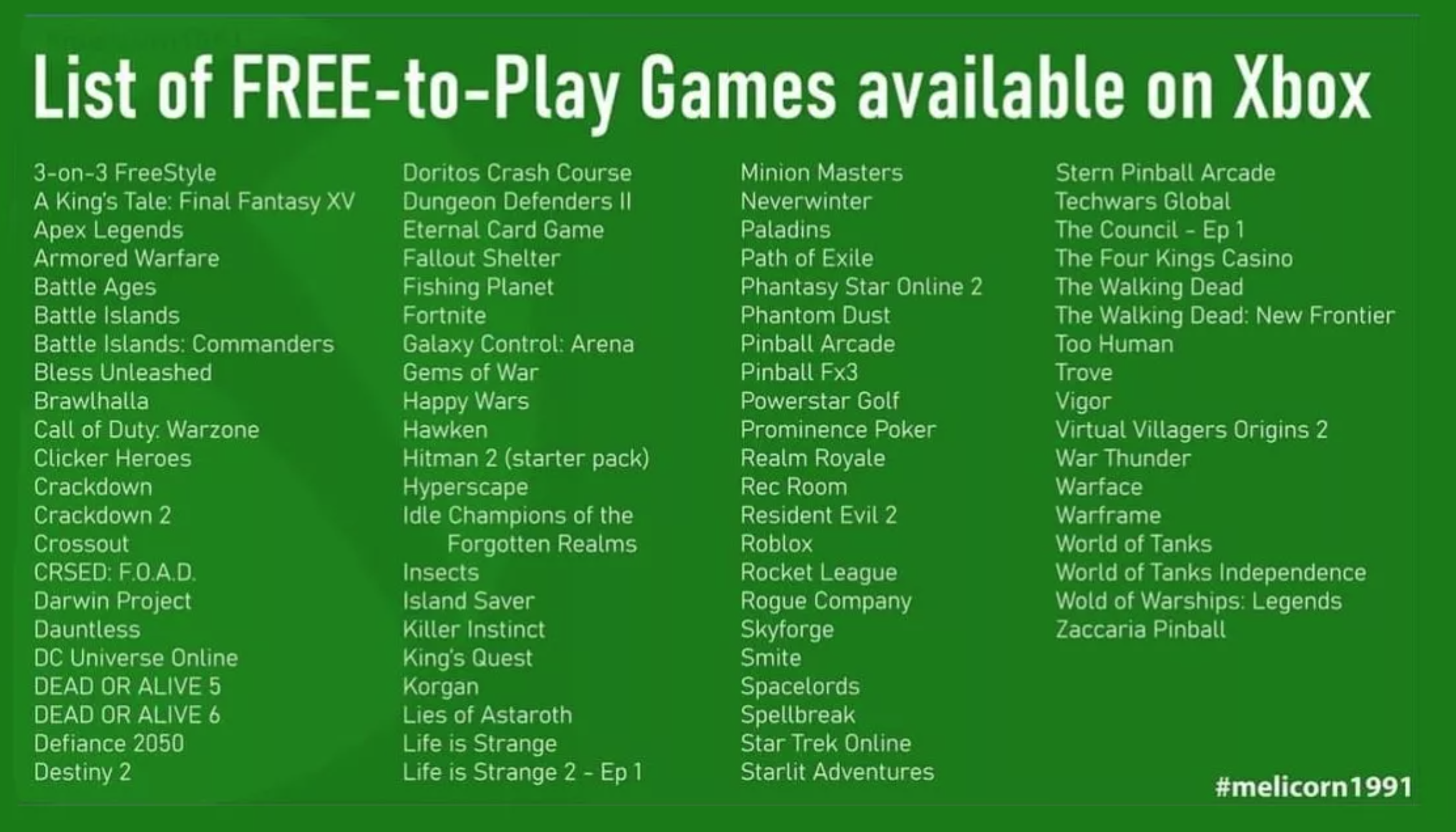 NEXT ARTICLE The Game Boy That Survived the Gulf War