According to a report from Bloomberg, Microsoft has been in talks to acquire Discord, the popular gaming-oriented communication software.

The report notes that the discussions are in the early stages and that at this moment, nothing is certain. Discord has apparently also spoken with Amazon and Epic Games, and on top of that, there is still the possibility the company will go public.

For those of us who remember software companies being snatched up by the big guys, like Skype being bought by Microsoft, there is a ton of speculation on what this would mean for Discord’s future.

Microsoft is in talks to purchase Discord for more than $10B according to Bloomberg. based on the history and state of Mixer and Skype I'm sure nothing could go wrong

Currently, Discord is beloved by the gaming community. It fulfills a need for easy communication and organization, with free voice chatting, which wasn’t always as easily accessible before Discord. The possibility that a large company would come along and get their hands all over it would be quite sad.

Imagine if Nintendo was buying Discord:

no cursing
your alias is now a random 16-character alphanumeric string
every time a friend connects to your server everyone on the server has to disconnect for 30 seconds and wait for them
Switch still can't use voice chat https://t.co/1GNZApE3aQ

Microsoft wants to buy #Discord? What could go wrong? pic.twitter.com/aI7mCWTesf

Of course, it still isn’t a certainty that Microsoft will acquire Discord. But if they do, we really should hope they would take into consideration what made it so popular in the first place, and not mess with the infrastructure of the company.

Microsoft discussing their reasons for trying to buy Discord: pic.twitter.com/hzTltQPeIM

Microsoft has a history of acquiring and destroying these kinds of companies. Let’s hope Discord isn’t next on that list. 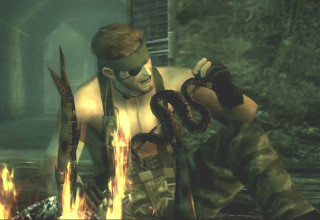 NEXT ARTICLE Eight Games That Really Pissed PETA Off