Following multiple delays, Red Dead Redemption 2 is nearing its release date of October 26th, and that means it's time for another trailer.

The third official trailer for Red Dead Redemption 2 is roughly the same as the other two: short, more dramatic than an episode of Game of Thrones, and mostly comprised of cutscenes that give an indication of what the story will be like. Even then, it's a must watch, even if only because this is the single biggest video game release in years.

Watch the new trailer above.

Many gamers are saying they're disappointed by the trailer since it doesn't show any raw gameplay. In-fact, we still haven't seen a proper cut of gameplay from this game. What in the world is taking so long? As usual, Rockstar is probably trying to prolong the hype as long as possible.

On the plus side, John Marson can be seen in the trailer, which is a nice touch. Also, the motion capture and overall look and feel is a huge step up from previous Rockstar games, which isn't all that surprising, but gives us reason to continue caring about this game every time we hear about it.

Red Dead Redemption 2 will release on October 26th for PS4 and Xbox One. There is still no word on if there will be a PC release at some point, but it's likely. 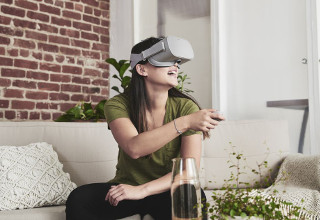 NEXT ARTICLE Oculus GO Is About To Make Virtual Reality Mainstream