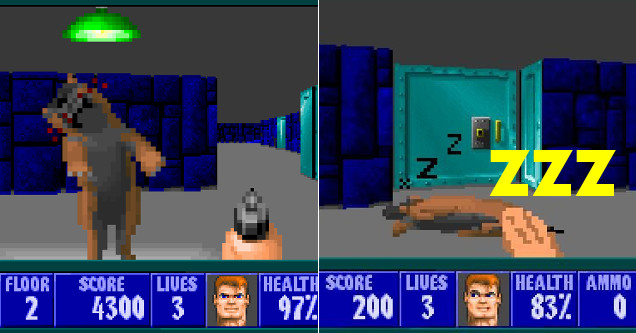 Back in 1992 there were few games more controversial than Wolfenstein 3D, with its first-person violence and depiction of World War 2 Germans shooting with bad posture. Little did many know that with one minor tweak, the game could be endearing.

What I'm talking about is a new mod for Wolfenstein 3D called Woof3D. As you can probably infer from its name, it's about dogs. Lots of dogs. Only German Shepherds, though, because it'd be weird if anything else were running around in a Führerbunker.

These are the same doggos that were sparingly encountered in the original game, and usually responsible for a lot of bloodshed as you tried to shoot them on the run using your arrow keys. This time around there are thousands of them running around without supervision. Who let the dogs out?

The fun bit is how you deal with them. In Woof3D, there are no weapons. In-fact, every level is a gun-free zone. Equipped with only your battle-hardened hands, you must pet the dogs to sleep.

The tough part is that at times you'll aggro a group of doges that would like nothing less than to satiate their hunger with your face. When this happens, your best  bet is probably to kite them into a doorway and start petting them ferociously.

Recently we interviewed the guy behind the world's most graphically realistic PC gaming mods. Check out our feature here.

If you're interested in trying out Woof3D you can download it here. Note that you'll need a DOSBox version of the game in order to play. 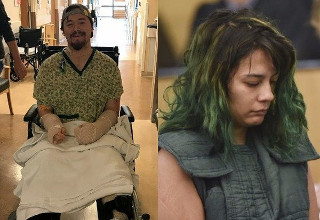