The info, which comes from a trusted Fandom website named Koopa Kid Wiki, is really putting a different lens on how Toad and Toadette's relationship should be viewed.

There is a small bit of detail as to what the nature of their relationship is in the Nintendo verse, but this picture shows there might be a little bit more than friendship happening.

The final victory screen from Mario Kart Wii contains an easily missable detail: Toad and Toadette holding hands. This is the only time they have been shown holding hands since the introduction of Toadette 15 years ago. pic.twitter.com/QayvDx0Uhz

The producer of a Toad title called, "Captain Toad", was asked by Mashable about the relationship saying, "I think what I can say is that Toadette and Toad are not siblings — perhaps it would be more accurate to say they are adventure pals."

Adventure Pals? Is that another term for friends with benefits? Nintendo please address this issue immediately. When this story first blew up, this detail wasn't known. Is Toad creeping on a little girl here or is someone's age incorrect in the wiki? I hope it's the latter. 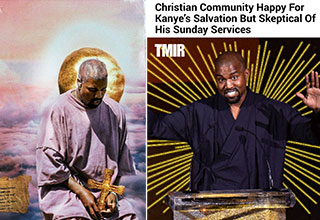