Nintendo hosted their first Nintendo Direct event in over a year, and there are a handful of announcements to go over. There is some new Super Smash Bros. news, new RPG’s on the way, and as you can see above, some surprises that came up during the digital showcase. Let’s get into what was noteworthy.

Pyra and Myrtha Are Coming to Smash

Hailing from Xenoblade Chronicles 2, Pyra and Mythra are coming to Super Smash Bros. Ultimate as a duo character. Yes, another anime-inspired sword character is coming to Smash. A shocking affair! The girls are coming to Smash sometime in March, with no specific date announced yet.

Legend of Zelda: Skyward Sword Is Coming to Switch

Skyward Sword is coming to Nintendo Switch in July, with updated controls and visuals. The game that originally appeared on Wii is getting its HD version like many Zelda’s before it, but this one is releasing with Joy-Con that replicates the Hylian Shield and Master Sword.

Skyward Sword is certainly one of the less beloved Zelda titles, and hopefully, the enhanced Switch version will do the game justice.

The most important part of this port will be how they handle the portable version of the game. Nintendo showed off how to swing the sword in handheld mode, with the right-analog stick, and hopefully, the controls are smooth. The game is set to release on July 16th, along with the new Joy-Con controllers.

Project Triangle Strategy, which thankfully is a placeholder name, is a new tactical RPG coming from Square Enix. The game's visuals replicate Octopath Traveler, with a gorgeous HD-2D art style, which will involve player choice and deep strategy combat. Hopefully, the game can live up to some of the narrative depth that Octopath failed to deliver on. The game is set to release sometime in 2022.

Splatoon is back! Nintendo’s youngest IP is getting a third entry, and while not much is known yet, the trailer brings a healthy dose of excitement. A new gameplay element, which includes choosing where to launch yourself onto the map before the match starts, seems to be teased near the end of the trailer.

Splatoon 3 will release in 2022. Check the other announcement made during Nintendo Direct, like Mario Golf SuperRush, ACNH DLC, and some memes and reactions from the web. 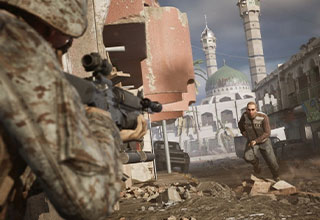