The event kicked off with the announcement that Kazuya from the Tekken franchise is coming to Super Smash Bros. Ultimate. His trailer is quite incredible, with a fantastic appearance from Kirby. He will be the 11th Ultimate DLC fighter in the game, bringing the roster’s overall number to an insane 81 fighters.

Metroid Dread, a title that originally surfaced all the way back in 2005, is the title for the newly announced 2D Metroid game. It is the first 2D Metroid in 19 years, and absolutely shocked everyone who was tuning in. While there is still no update at all on Metroid Prime 4, Metroid fans have Dread now to look forward to. The game's graphics look futuristic, with a few unique gameplay mechanics that were revealed in the trailer below. The release date is October 8th, 2021.

In another surprising announcement, Nintendo revealed an Advanced Wars 1+2 remake featuring chibi-style graphics, titled Advance Wars 1+2 Re-Boot Camp. Although the style looks like a learning access game, there is still a huge amount of hype around this announcement as fans of the series haven’t had anything to look forward to in quite a long time.

A collection of Mario Party boards and minigames from the N64 version are coming to Nintendo Switch, including 100 minigames and 5 board games from the original. Many fans haven’t loved the new iterations of Mario Party, so this will certainly appeal to a ton of fans of the franchise who miss the old days of Mario Party. There is also online support for the game, something people have been absolutely clamoring for.

Wario Ware: Get It Together! is coming, and coming soon. The big yellow boy is coming back with crazy new minigames on September 10th, 2021. The hardstyle packs a punch with a ton of bold outlining, and Wario has really never looked better. In the meantime, practice that Wario impression.

Breath of the Wild 2 Is here

The Legend of Zelda: Breath of the Wild 2 capped off the show, and the game is confirmed to be out sometime in 2022. A new trailer revealed that the game will be taking place in the sky above Hyrule, and there are brief gameplay moments revealed in the trailer. Oh yeah, and Link has a new haircut. 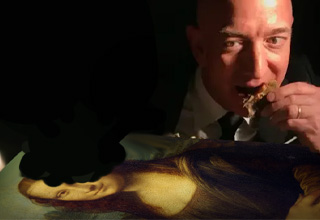