If you saw the trailer for Mario Kart Live: Home Circuit—an upcoming version of Mario Kart that involves real motorized toy cars—and had high hopes, you wouldn't be alone.

In the trailer, the remote controlled vehicles sped around a real-life living room. It left fans wondering what kind of crazy stuff they could pull off with these toys. (Backyard off-road tracks? Roof jumps? Toilet traps?)

However, Nintendo is being a real Debbie Downer.

In an interview, Nintendo was asked what kind of conditions the RC Kart could exist in outdoors. Their response was, “We do not recommend outside use.”

In addition to that, Nintendo adamantly recommends “No ramps.”

Apparently crashing and burning into the couch or a table leg will be fine, but dropping anything on top the RC Kart is also big no no.

They also said in no uncertain terms "no ramps" but I'll be damned if I'll let common sense stop me.

If that's the case, then what’s the point in playing the game?

Mario Kart is all about timing the jumps on ramps, zooming with speed boosts, and chucking stuff at the guy ahead of you.

There’s zero fun in driving eight laps around your kitchen table with your mom. Players want to send cars over their lazy cat or into Dad's sack.

The in-game models will have items that simply stop other RC Karts for a short time, but true Mario Kart-ers want to launch a bouncy ball at their brother, sending him spinning like a shell.

Mario Kart Live is pricey at $100 but that doesn't factor in the $300,000 down payment you need to put down on a home that's big enough for this thing also. https://t.co/T2dXyd3Epy

Thanks for the advice, Nintendo, but players are going to take this live action Mario Kart and destroy the RC Karts in the best ways imaginable.

Check back here for updates after it releases on October 16th to watch the inevitable drunken Mario Kart Live competition. 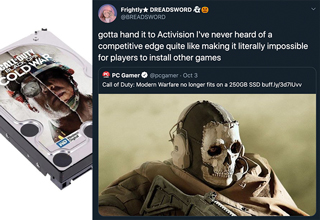