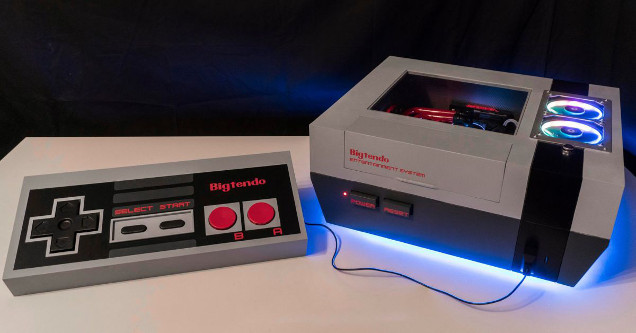 What you see above isn’t a Nintendo Entertainment System, and it sure as hell isn't an NES Classic, it’s actually a PC that has been custom modded to look like one of the world’s most loved gaming consoles.

Built by Random Design, this impeccably crafted machine is called BIGTENDO, and it has working power and reset buttons on the front, water cooling loops, its name printed on the front in original NES lettering and some reasonably powerful hardware.

It also comes with a massively oversized functioning controller that would be perfect in the hands of a gamer elephant.

Below are the specs for the machine:

Here's a video of what it looks like in action:

BIGTENDO was crafted in a single day as part of a 24-hour modding challenge at Gamescom 2017. It's currently making a tour around the world to visit several conventions before it'll likely end up on eBay. 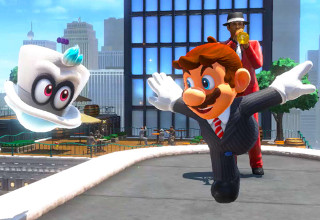