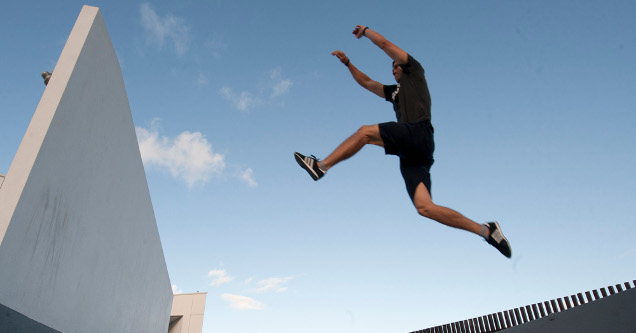 We've seen some crazy parkour videos over the years, but there's one Australian who has taken it to another level.

Instagram user and professional parkour athlete Brodie Pawson has built up a sizable fanbase for his daring stunts, which he regularly features on his social media pages. This week he's done some particularly impressive feats, one of which shows him climbing around Brisbane City, Australia while dressed like an Assassin's Creed character, as seen here.

However, the real highlight of the week is him scaling two parallel walls using nothing more than his two legs and a pair of shoes. The walls, which are polished stone (granite?) can be dangerously slippery if he doesn't set his footing right. In-fact, the first half of the video shows him on a failed attempt, where the only thing that prevented him from ending up in the emergency room was his balance and a good use of friction.

On the next attempt he managed to bounce back and forth between the two walls before hopping over a railing. Celebration was in order. You know, because he managed to do it without dying.

Brodie says that this stunt is "literally the hardest thing" he's ever done And I don't know about you, but I genuinely thought this was only possible in video games. Amazing. 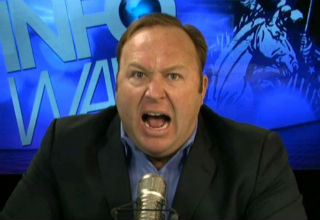 NEXT ARTICLE Alex Jones Is The Perfect Voiceover For DOOM