The rumors are true: Pokemon Diamond and Pearl and being remade for the Nintendo Switch. The Pokemon Company announced the remakes during a live stream early Friday morning, which also announced a slew of other Pokemon news, including Pokémon Legends Arceus, an open-world spinoff.

Pokemon Diamond and Pearl were next up on the list of original Pokemon games that were in line for a remake, and the 3rd generation, Ruby and Sapphire, were remade for the 3DS back in 2014. Now, the Sinnoh region gets the love it’s deserved.

The games are being remade under the names Pokémon Brilliant Diamond and Pokémon Shining Pearl. The art style is surprisingly not of the same mold as Sword and Shield. The character models have a chibi style to them, and the game will keep its top-down orientation that long-time Pokemon fans will appreciate.

The style is going to turn heads for some, but ultimately this style seems natural for the Diamond and Pearl remakes. In the screenshots and gameplay shown, the world feels recognizable. Some of that certainly would’ve been lost had they remade the games with the art style they used for the newer games.

If Sinnoh is your favorite region, your time has come.

Experience the nostalgic story from Pokémon Diamond and Pokémon Pearl in a new adventure. #PokemonBrilliantDiamond and #PokemonShiningPearl arrive on the Nintendo Switch in late 2021!

There is no concrete release date yet, but we do know the games will be coming sometime near the end of 2021. Pokemon games typically are released in Fall, so expect a release date sometime in November.

Millenials who haven’t played a Pokemon game in 15 years when they finally announce the Diamond and Pearl Sinnoh remake #PokemonPresents pic.twitter.com/16fE2MoKtH

Pokemon Brilliant Diamond and Shining Pearl are being developed by ILCA Inc., which Pokemon fans may remember as the people who made Pokemon Home. The game's lead developer is ILCA’d Yuichi Ueda, but the original developer of Diamond and Pearl, Junichi Masuda, will help as a co-director.

The original Pokemon Diamond and Pearl titles were released in 2006 on the original Nintendo DS. Now, 15 years later, they are back in the spotlight. Some more popular pokemon, like Lucario, Rotom, and Spiritomb, was introduced with the 4th generation of Pokemon. The starter Pokemon, Chimchar, Piplup, and Turtwig, are some of the cutest starters we’ve seen Pokemon create to date. 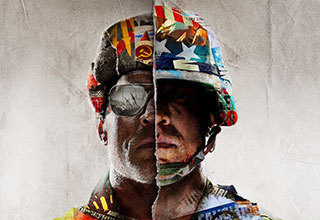 NEXT ARTICLE Activision Warns Standard 500 GB PS4 Might Not Be Enough Storage For Call of Duty: Black Ops And Warzone