Despite the reassurances of our third-grade teachers, it seems there are definitely such things as stupid questions, a hard lesson one evidently down-horrendous Pokimane fan learned the hard way this week.

Despite getting hit with a roast of Tate-v.-Thunberg proportions, the fan in question returned with a follow-up, asking Pokimane if she’d ever consider joining the OnlyFans ranks of fellow internet icons like Belle Delphine and Mia Khalifa in launching an account of her own.

“What do you mean ‘if the chance came?’” Pokimane replied.

“The chance has been here. The opportunity has been around,” the streamer added, reiterating that it’s “been there” for quite some time.

Despite acknowledging that other creators may “enjoy sex work,” she elaborated on her decision to stay covered up on camera, explaining her choice in terms of personal preference. “I know that’s not the career path for me,” she told the fan. “It’s just like that. I know I like blue, and I know I don’t like green peppers. I don’t like the way that they taste. It’s that simple.”

Another thing Pokimane seems to like in addition to the color blue? Her fans’ salty, salty tears. 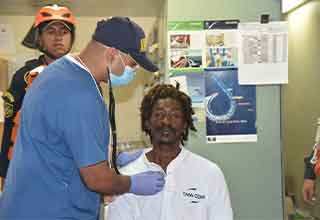