Amouranth, or Kaitlyn Siragusa, the popular ASMR, hot tub, cosplayer Twitch streamer is working her way to cornering every strange market in the country. Her recent money-making endeavor is creating a brand of farts that are going for $1000 a jar. Amournath is also a popular OnlyFans model and not long ago signed a deal with Playboy. She also has recently purchased a $10 million 7Eleven gas station and invested $1 million in a company that makes plastic balls for children's playpens. 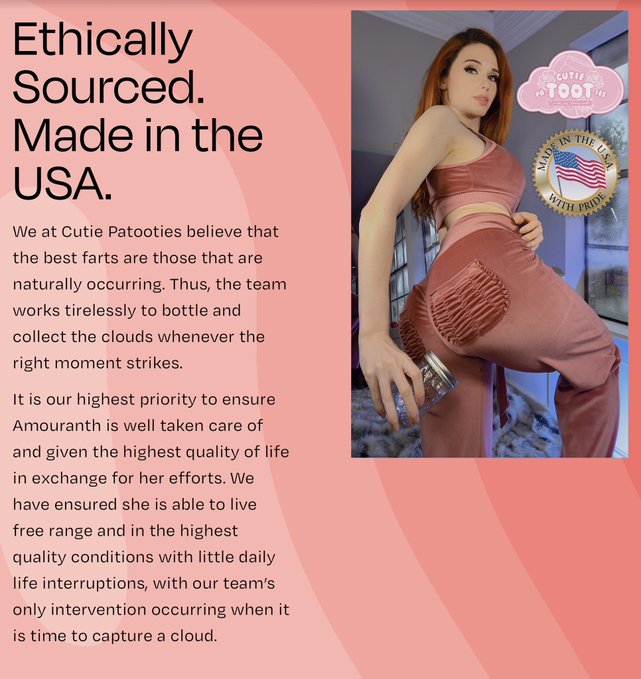 Siragusa is naming her fart in a jar "Cutie pa-TOOT-ies" which will be sold in a limited 1000 jars. She has also created a Youtube channel dedicated to marketing her flatulent business, which has an abismal 41 subscribers compared to her 5 million on her Twitch channel. In a video posted a few days ago, Amouranth gives fans a behind the scene look at how her fart jars are made. She includes a strand of her hair, signs each one, and numbers them accordingly. Fans who can't afford her $1000 asking price can spend a cheaper, $200 on her used hot tub water.

Many people have commented on the video with disgust and confusion. Some saying, "This can't be real and anybody who seriously buys this has finally lost their f*cking mind".

One commenter said, "Ma'am, as a fan of your entrepreneurship, this ain't it," in reference to Siragusa's many other financial investments, which she seems to be profiting from greatly, as she claims her online presence makes her over $1 million a month.

This may be an interesting way for Amouranth to connect with her fanbase, a way of really letting them know that she's just full of hot air. 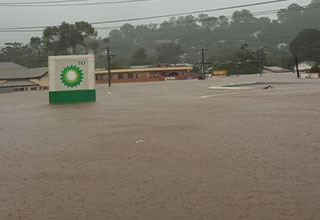