Professional Smash player, Elliot ‘Frenzy’ Grossman, was allegedly forced to jump from a moving car to avoid being kidnapped after flying into San Fransisco International Airport. The Falco star was on his way to the Genesis 9 super major in San Jose when he was allegedly tricked into entering a fake taxi. The gamer documented his ordeal on Twitter in a series of tweets, which included a picture of his scratched right hand.

In the hospital rn, no idea how anything works here tbh pic.twitter.com/W3aIwrcYOX

Grossman says he realized his situation had taken a bad turn once he noticed a police car perusing the taxi before he made the decision to jump out. After a trip to the hospital, fellow players came to pick him up and take him to his hotel.

In the meantime, he is worried about the United States healthcare system and asked for advice from anyone more familiar with it.

I’ve no idea how healthcare works here so I’m a bit scared that I’m gonna be charged some ridiculous amount, it sounds like because I’m the victim of a crime I can get the guy to pay but I have no idea tbh

As of now, Grossman says he will wait to see how he feels before deciding whether or not to participate in the upcoming Genesis 9 super major.

Thanks for all the kind words and support yesterday, I’ll try to respond to as much as I can

I managed to get some good sleep and my hand is looking a lot better today, hopefully I’ll still be able to play this weekend but I’m not 100% sure yet 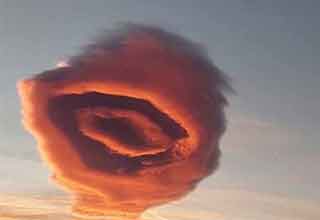 NEXT ARTICLE Guys Will Struggle to Identify If This Cloud Is a UFO, Or Something Else