'Save the Kids' was supposed to be a get-rich-quick scheme. One that boasted donating a percentage of its value to charity. But when the altcoin was released in June, and promoted by four FaZe Clan members, Kay, Nikan, Jarvis, Teeqo, and the YouTuber Ricegum, its value plummeted.

Now, FaZe Clan has dropped Kay from their team and has placed Nikan, Jarvis, and Teeqo on an indefinite suspension. Kay, who recently took to Twitter to apologize for "not properly vetting the coin" is feeling the pressure.

I want you all to know that I had no ill intent promoting any crypto alt coins. I honestly & naively thought we all had a chance to win which just isn’t the case. I didn't vet any of this with my team at FaZe and I now know I should have.

Well according to Kay, he learned about the "scam" as soon as his fans did, when the price of the coin dropped through the floor. The only question is, did he sell before it did? And did any of the other FaZe Clan members who promoted the coin?

That we don't know, but we do know the backlash has been so severe that FaZe Clan has no choice but to take action against their own players.

A statement from FaZe Clan. pic.twitter.com/HnPXpAoSYX

We have made the decision to remove Kay from FaZe Clan, and have suspended Jarvis, Nikan and Teeqo until further notice.

FaZe Clan had absolutely no involvement with our members’ activity in the cryptocurrency space, and we strongly condemn their recent behavior. The trust and respect of our fans has been, and always will be, our number one priority.

For an in-depth breakdown of the events and how they expired, check out this video from SomeOrdinaryGamers.

And if the name Ricegum means anything to you, you know these pricks took full advantage of their young and impressionable fans. There is a special place in hell for people like this.  And if you bought into 'Save the Kids', you can file a complaint with IC3 (The Internet Crime Complaint Center). 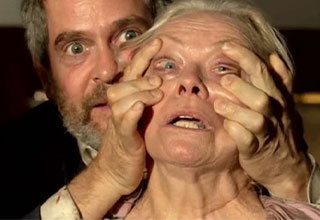 NEXT ARTICLE TV-Style Commercials Are Coming to Video Games, Because Of Course They Are