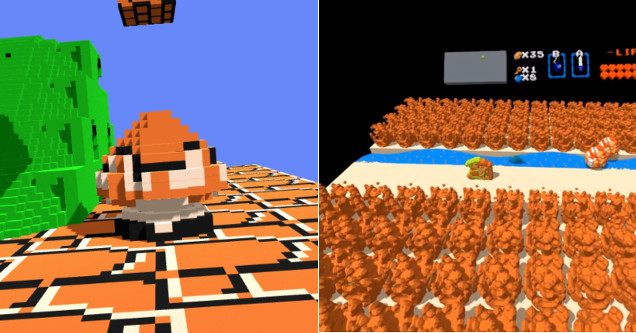 At this point you probably have no interest in playing retro games. If so, you aren't alone; most gamers would rather pay $100 for Star Wars Battlefront 2 microtransactions than spend an hour with a game made before 2008. However, what if I told you that you can play some retro games in virtual reality where it feels like you're in the game? Well, now you can.

3DNes VR is a new NES emulator that translates timeless classics into the VR realm so you can remind yourself how hard retro games like Contra were while you have a big LCD screen strapped to your face. The games run as you may remember, but allow you to move around your camera perspective using headtracking. With it, you can immerse yourself in 8-bit environments and feel what it would be like to be an NES character in the 80's.

The most impressive thing is that virtually every NES game is supported provided you have a ROM available on your PC. This means you aren't only limited to best-sellers, and instead can hop into Deadly Towers, Action 52, Karate Champ, and other notoriously bad classics that ruined countless Christmas' three decades ago.

Below is an example of what it looks like in motion, but take into consideration that the level of depth provided by VR isn't visible on a 2D screen.

The software has a publicly available build that includes features such as game speed adjustment and save/load states, so if you feel like spending 30 hours during the next week living in The Legend of Zelda, then so be it.

Also Read: The 10 Best VR Games You Should Play After Getting A VR Headset In 2018

3DNes VR is available for free, although a couple Pro features are exclusive to the $10 paid version here. 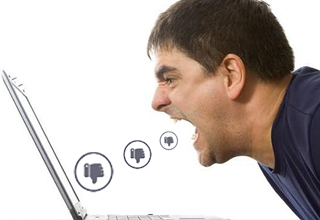 NEXT ARTICLE Thumbs Down: Comments from Our Beloved Users