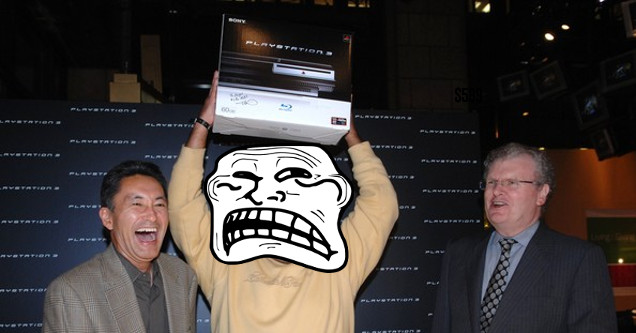 It was 11 years ago that the third generation of PlayStation released. Appropriately named the PlayStation 3, it was a product from Sony that is remembered in many different ways depending on who you talk to. While its later years were filled with success, it had the kind of rough start you'd never expect from a PlayStation console.

I remember purchasing the PlayStation 3 shortly after its launch; it didn't immediately win me over like Sony's prior two consoles. It was odd, and did things that made less sense than flat earth theory.

To celebrate its 12 years of unforgettable history—especially for Sony shareholders—now is a great time to look back at its early history. Let's hop right in.

The PS3's initial price point was its greatest enemy. Two SKUs were priced at $499 and $599 respectively, a roughly 100% leap over what the PS2 was sold at just six years prior. Sony argued that although the price tag was abrasive, it was a great value proposition considering its futuristic technology, and that consumers would be willing to work extra hours to buy one. Yes, working overtime to buy a new gaming console. That didn't boil over too well.

Enchanted by experiences with the PS2, hundreds of thousands of Japanese consumers would put down the money required to bring one home. However, many PlayStation loyalists were completely turned off, and looked to the more affordable Xbox 360 instead. This would result in a heavy swing during the early console war years of the PS3 and Xbox 360, a deficit which would require the full attention of Japan's finest engineers to overcome.

As with the PS2 that came before it, one of the greatest progressions made by the PS3 was the inclusion of a Blu-ray drive. This was at a time when even the most affordable dedicated Blu-ray player was over $600. Although this resulted in the PS3 initially being expensive, it was a huge investment that would eventually move the industry forward.

The large capacity of Blu-ray discs did a lot to open up possibilities for game creators. Games like Killzone 2 would deliver uncompressed audio and remarkably high resolution textures. On the flipside, shortages of Blu-ray manufacturing parts would delay the console's launch in several territories in addition to inflating the price to a theatrical $599, a price that was still somehow several hundreds dollars less than Sony paid for manufacturing.

Blu-ray would compete with HD DVD for a few years before taking over the industry, becoming a new standard that we now live by.  You can now see Blu-ray drives featured in both Sony and Microsoft devices, a truly mind-boggling outcome.

3. A Slow Start For Games

The PS3 only had six games available during its Japanese launch. They were as follows:

Unlike the PS2's launch, there was no big hit within the early library. Resistance was well received, but in Japan was largely ignored by its anime-hungry audience. This played a huge role in pushing many potential buyers to instead buy the PS2 during its final years.

The U.S. launch of the PS3 had a much better library, which included the following:

Chances are that if you bought a PS3 during its first year, you had a small selection of games that weren't all that exciting to play. Not a good look.

The Cell Processor was intended to be the PS3's special factor. Marketed as a CPU with tremendous potential, it had a rough first few years. Sony's decision to go with the Cell resulted in the Xbox 360 holding the best versions of most third-party games. Developers, including Valve, weren't enthusiastic to work with the architecture, which required careful consideration that deviated dramatically from prior systems.

During later years the Cell would prove itself to be a highly potent piece of hardware, but by then it had earned such a negative reputation that Sony would leave it in the rear view mirror moving forward.

Rumors of Sony delivering an entirely new controller shape were put to rest at launch. The new controller, called Sixaxis, was largely what had been seen before. Symmetrical, convex sticks were prominent as with prior controllers, and nothing was changed in terms of button placement. It was a safe iteration that produced positive results.

Also Read: The Evolution Of The Video Game Controller

However, it did include motion sensors which provided new forms of input. Issues of input delay and sensor accuracy stunted its ability to take off, especially when it came to implementation in LAIR, a title that was supposed to demonstrate the technology in a positive light. The gaming industry, and especially Sony, soon tried to pretend the technology never existed, as indicated by its return to calling its controllers "DualShock" instead of "SixAxis".

One major point of contention early on was that the controller didn't support vibration. It was an oversight that perturbed many fans, but would be remedied in time.

The PS3 debuted in Japan the morning of November 11th, 2006. It was a huge moment in history for Sony and the Japanese market as expectations soared into the heavens following the PS2's record-breaking performance. Tens of thousands of consumers waited in line overnight to get their hands on the new device which was promised to be the best PlayStation yet.

88,400 units were sold in the first two days clearing store shelves in the process. Although it would start strong, sales would fall off at a steady pace following the Holiday rush, due largely to Nintendo's introduction of the Wii just three weeks later.

The PS3 would fail to meet the figures set by the PS2, which many blamed on its price. It would make up for it over time, eventually surpassing the Xbox 360 in worldwide sales.

7. In The End It Only Kind Of Mattered

Despite a plethora of shortcomings, the PlayStation 3 was eventually home to some of the best games in history, from Uncharted 2: Among Thieves to Metal Gear Solid 4: Guns of the Patriots. While it spent a lot of time playing catch-up with Xbox's online infrastructure, it did just enough to keep the PlayStation brand in people's minds.

To-date over 83.8 million PlayStation 3's have been sold, making it one of the top 5 best-selling consoles of all-time. With that Sony bought itself enough time to release the PlayStation 4, which is blazing a trail like we've never seen. 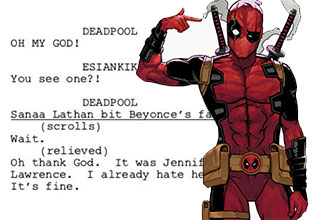