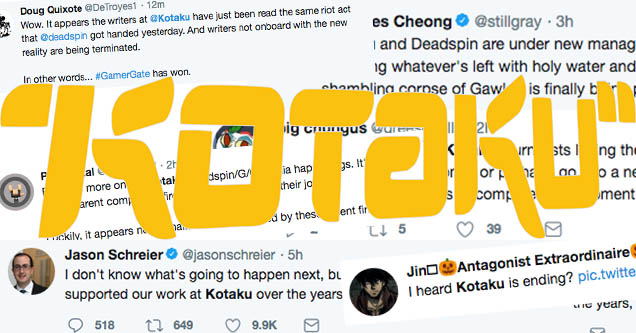 Rumors have been swirling around Twitter today that popular video game website Kotaku is dying. This is coming in the wake of a series of controversial decisions made by the senior leadership of the company.

Staffers of G/O Media sites including Kotaku, Deadspin, and Gizmodo have been fighting senior leadership over the incredibly awful ads that have taken over their pages as of recently.

On Monday afternoon, every G/O media site posted a now taken down blog titled, "A Note to Our Readers," which directly speaks to feedback about the autoplay video and other annoying ads that have taken over the sites. The blog states, “Editorial staffers at all levels of this company have made our concerns known in various conversations with members of G/O Media’s senior leadership team,” and, “We think it would be good for them to hear from you as well, so we invite you to submit feedback about our site’s current user experience … Please keep your comments respectful.”

If the atrocious ads on our website are bothering you, here is how to contact Kotaku's new private equity owner management team :) https://t.co/OXfBpoHwOt

However, the blog was taken down early Tuesday morning by the leadership team.

This article is no longer up. The staff of Kotaku did not remove it.

The GMG Union has been informed that posts across our websites asking for reader feedback on an autoplay ad campaign were taken down by management. We condemn this action in the strongest possible terms. (1/2)

We’re re-posting the statement as a screenshot here as we gather more information. We thank you, our readers and supporters, for standing with us through this process. (2/3) pic.twitter.com/cRvMKeu2aF

In addition to the annoying ads, G/O Media CEO Jim Spanfeller also wants Kotaku to only write about video games. This is the same thing that has also happened to Deadspin.  In a memo to Deadspin staff, employees were told that they are only permitted to write stories about sports, even though some of their other articles are the most-read on the site. Earlier today, Jim Spanfeller fired Deadspin Deputy Editor Barry Petchesky for not sticking to sports. Barry tweeted out immediately to confirm this.

Hi! I’ve just been fired from Deadspin for not sticking to sports.

Earlier today, @JimSpanfeller, CEO of G/O Media, fired our colleague and longtime Deadspin Deputy Editor Barry Petchesky. This will not stand. We will have updates soon.

Former Deadspin Editor-in-Chief Megan Greenwell posted a blog explaining that she left the company because senior leadership demanded they only write about sports.

Well, the same thing seems to be happening at Kotaku and employees have taken to Twitter to express their feelings on the matter.

Another tough day at the office. I've steered @Kotaku through some rough waters before thanks to my amazing team. Can I do it again? We'll see!

We all love the site--and the family of sites we're in--and are extremely motivated to do right by our readers and viewers.

I don't know what's going to happen next, but to everyone who has read and supported our work at Kotaku over the years, thank you ??

messages of solidarity are heartening. thank you. there is a lot of work yet to be done. ?

It's fair to say that we operate with the understand that sports, games or anything else exist within contexts of politics and culture.

It's not particularly possible to talk about these things without talking about the world they're made in and the messages they impart.

this might also be a good time to bring up how freelancers aren't protected by unions and stand to lose just as much, if not more, when executives begin to meddle in the affairs of editorial. the constant pit in my stomach has become a full-blown black hole.

To all the aspiring media investors who have been playing footsie with the idea of starting something new—the editorial talent for what would be one of America’s best publications is just sitting on the curb right now.

whatever you think of kotaku, they are one of the only news sites consistently running investigative exposes about game industry abuse, and that potentially going away should scare you

There have also been plenty of positive messages saying that the site is in fact not dying and employees will continue to fight.

Got some bad news for all the alt-right chuds spamming my Twitter feed today: 1) Kotaku is still alive and fighting; 2) I already know how to code

Lotta trolls are acting like Kotaku's gone but we're not. As we fight for our comrades and see what the future holds, we're still gonna do our best to provide the coverage readers expect. 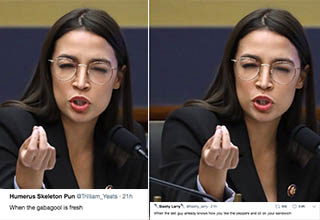