Six Days In Fallujah, a game about the bloodiest fight of the Iraq War which was announced in 2009, and later put on ice, has been revived.

OK, we're going to go through this and explain why it sucks. https://t.co/SkuCpImC90

Highwire Games, a new studio led by former Bungie Executive VP Peter Tamte, will be bringing back the title some 12-years later. With such sensitive materials, one would think there would be a delicate response to the politics at play and context to the portrayal of real-world events, but sadly that is not the case here.

The game centers around the (second) battle for Fallujah in 2004, a city that had been overtaken by infamous terrorist Abu Musab al-Zarqawi. American forces attempted to regain power of the city, leading to the bloodiest battle of the Iraq War. The fight caused the deaths of about 100 Americans and nearly 1,000 Iraqi civilians.

I couldn't possibly guess why Six Days in Fallujah is being revived at a time when US army recruitment is at an all time low.

This reboot is from the same people that worked with the FBI and CIA on training systems and is basing its game on excusing US war crimes. pic.twitter.com/5H8vVqKh9s

In an interview about the game, Mr. Tamte gave his thoughts on how the politics of the games should be perceived, telling Polygon “For us as a team, it is really about helping players understand the complexity of urban combat. It’s about the experiences of that individual that is now there because of political decisions. And we do want to show how choices that are made by policymakers affect the choices that [a Marine] needs to make on the battlefield. Just as that [Marine] cannot second-guess the choices by the policymakers, we’re not trying to make a political commentary about whether or not the war itself was a good or a bad idea.”

Here is the problem: Highwire Games is making a game about the Iraq War, but wants it to not be political. The mere act of making the game, a game about possibly the biggest failure in American foreign policy, makes it political. It’s an incredibly obvious point, one that the general gaming audience would see but Tamte clearly failed to realize. The invasion of Iraq itself was a war crime, and romanticizing any moment of it is either an act of pure stupidity or intentional negligence.

Twitter went ablaze with opinions on the revival of this game, some of which were worth noting:

When you refuse to tell part of a story because "it distracts people," what you might mean is "it undercuts the message we intend to send." And in this case, the message in question seems to be a whitewashing of American war crimes. https://t.co/5JVhUO9gQW pic.twitter.com/5berySqZWb

so why make it. "just profiting from death here. no politics" https://t.co/bo6fP0jeMg

If Six Days In Fallujah was about a fictional war, Tamte’s answer would read a bit differently. But these are actual events that happened in recent history, and the game will only serve to justify the war crimes that took place there. The story of Fallujah cannot be told without the murder of civilians, and the aftermath that came from the crimes committed by the American military. 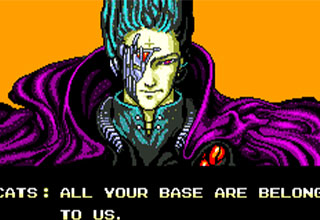 NEXT ARTICLE Top 10 Most Popular Gaming Memes Of All-Time