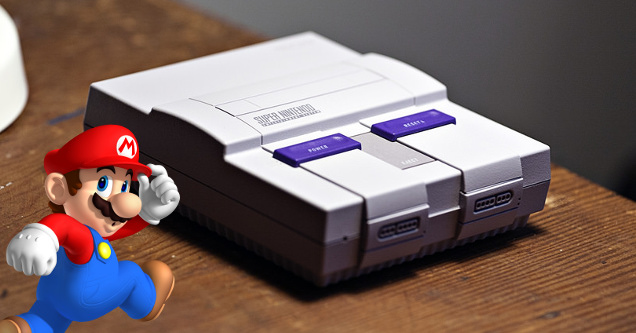 Many gamers are willing to punch each other in the throat over whether or not Call of Duty is a good series. Yet, when it comes to discussion about the Super Nintendo Entertainment System, everyone can hold hands in harmony and sing its praises like a Baptist church lit on caffeine.

So, it bears me great pain to admit that I never owned an SNES. I was one of those Sega Genesis kids, trapped in an endless torrent of Ecco the Dolphin and Sonic the Hedgehog 2.

After playing the SNES Classic Edition for the past day, I'm convinced that my parents made a mistake in buying me a Sega Genesis instead. Or did they? 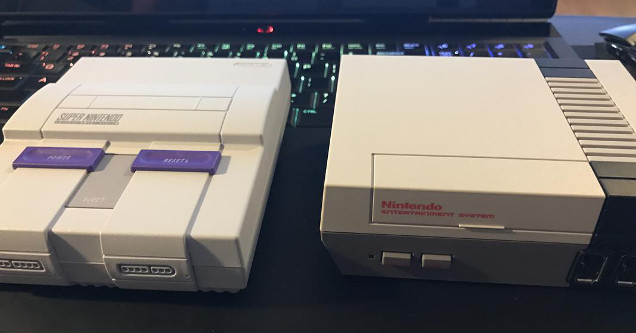 Nintendo didn't take any chances with altering physical design language in this case. For all intents and purposes, this is an SNES at heart, with early gaming era plastics and large controller ports. It looks and feels authentically early 90's, to a point where you just might want to toss on your denim shirt and watch Saved By the Bell after games for a few hours.

Though newcomers probably won't recognize this achievement, it's a huge point of consideration for long-time Nintendo fans. You aren't going to be blindsided by disc-based media or anything modern of the sort. What's here is true to the spirit of the original outside of you having to blow on cartridges.

The moment you pull the SNES Classic Edition out of the box it's hard not to be surprised by just how tiny the thing is. At 5.25 x 4.25 x 1.5 inches, this device is so much smaller than it looks in pictures. I've driven over rocks bigger than this, and tossing it into a backpack so you can show it off to your love interest is no problem.

The controllers have remained identical to their original counterparts. In-fact, outside of their cable interface you'd be hard pressed to find a difference when both are next to one another. Though, these are cabled, so expect to have them running across your living room for friends to trip over.

Such Games, Many Experiences 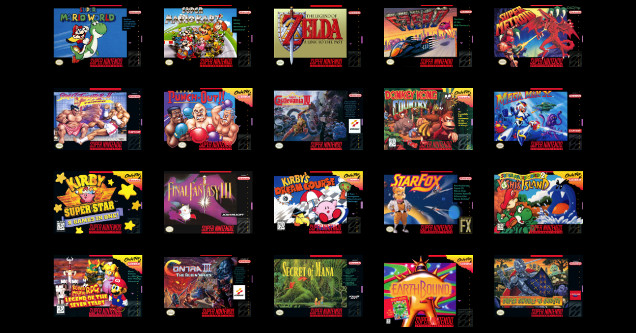 A gaming console wouldn't mean anything without games, and since the SNES Classic Edition isn't going to have any games produced for it in the future—that we know of—, what's included is particularly important.

Thankfully, the installed game roster is extremely impressive, ranging from legends such as Super Mario World and The Legend of Zelda: A Link to the Past, to lesser known greats like Secret of Mana and Super Ghouls n' Ghosts. Star Fox? You got it. Final Fantasy III? You betcha. Your Xbox One or PS4 are going to cry and collect dust in the coming months.

There are a total of 21 games, and while some Nintendo fans will surely find a game or few that are missing from the list, what's here is stellar. Without a growing library you still have access to hundreds if not thousands of hours of gaming content.

Of course, these games were made in the early 90's, so they aren't necessarily going to blow your whistle when it comes to graphics. But honestly, sprite visuals have aged incredibly well, far better than the early era of 3D with PlayStation and the Nintendo 64. You might just find yourself a new-found fan of retro gaming.

Rewind to the Past 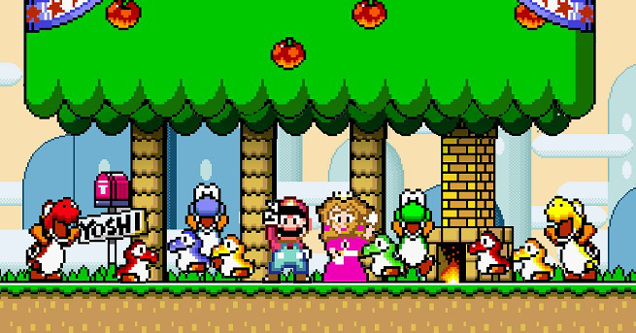 A big question posed by many is, "Why buy the SNES Classic Edition if you already have an SNES"? Well, beyond the form factor difference, there's a new feature called Rewind that is properly amazing.

Rewind allows you to save up to four checkpoints while playing a game, and then reload at any time. This might seem like just a small convenience, but it's so much more. SNES games, and really all titles during its era, were so remarkably difficult that most consumers never finished the games they bought. With Rewind, you can reasonably work your way to the end of Contra 3: The Alien Wars and Super Castlevania IV and probably become one of the first people you know to have completed them.

There are some minor nuances that have remained. For example, there is no menu button, so jumping between games is a user interface hassle that modern devices would never get away with. Also, the controller is a bit discomforting to hold, although you could argue that's part of the fun. Lastly, the controller cable is kind of short, so if you you live in a mansion like Elon Musk, then you're probably going to have to either push your couch closer to the television, or drag out a chair like a noob.

Outside of that, what's here is to be expected: a legendary 25+ year old console that young people won't understand, but will hit 80's and 90's kids with a nostalgic wave that will have them looking up YouTube videos of Doug and The Fresh Prince of Bel-Air in no time. Remember those special times back when Jurassic Park was a new thing and only the coolest people toted bright colored sunglasses, because at this point they're just distant memories.

As disappointed as I am that I wasn't able to own what could very well be the best gaming console of all-time back when it was still in production, part of me is happy that I didn't find myself addicted to its powerful library of video games earlier. Even with only 21 games, the SNES Classic Edition is capable of distracting you from real-life responsibility, so make sure you do your dishes and take out the trash before you play this extraordinary device. 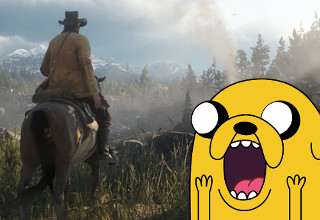