Sony has patented a new technology that can turn any basic household object into a controller. This means that things in your home, like a banana, could be used as a controller in the near future.

How it works is this: Players would scan the object, using a camera, then the object could be used for in-game functions by the technology inferring the player's inputs. The news comes to us from GamesIndustry.biz, and their report details how Sony sees game peripherals as expensive and this technology would allow for games to be more easily accessible.

No Sony patent's gonna stop me from turning fruit into controllers

The important part to note about the technology here is that any object that is a "non-luminous passive object being held by a user" can be used as a potential controller. Some more examples they give are mugs, a pen, and a glass. Here is one of the images they provided as an example of how exactly it would work.

Cool, We might be able to use bananas as a controller but can't use Dual Shock 4 on PS5.

Feels as if Sony's mocking itself with this patent...

This technology is obviously crazy, but Sony looking into more cost-effective ways of getting people to play games is extremely cool. I can’t wait to play Bloodborne one day using a banana. You know that there will be a guy on day one who beats Bloodborne with a banana controller without dying.

This isn’t the only big Sony news of the day. The company announced that as of August 31st, the PlayStation Store will no longer allow users to rent or buy movies and TV shows.

Sony has said it will discontinue movie and TV purchases and rentals on the PlayStation Store as of August. https://t.co/H2D5sxPecW pic.twitter.com/SIfvVY7LlL

The news seems shocking but makes sense with how subscription-based streaming services work these days. It’s like not many people were renting or buying movies through the PlayStation Store anymore, and with the insane amount of platforms popping up all the time, it might’ve been a cost issue. 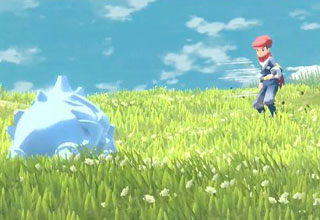