Kyle Parramore was once your average online troll. In 2014 he was an avid reader of 4Chan, spending hours every day posting comments on the imageboard, some of which were related to him sending terrorist threats to an Ohio elementary school.

That sure escalated fast.

Well, after a rough two years of spending time in prison, Kyle has left a life behind bars to enjoy some good wholesome American freedom. And it appears he learned his lesson, because today he host an AMA on Reddit where he described his experience and what he learned from his shenanigans.

Here are a few of the best questions and answers.

1. On when he knew he was in trouble.

What was the moment when you realized "Oh man, this might not be considered a prank and I may be in deeper trouble than I initially thought?" - chihawk85

Kyle's Answer: The minute the voice on the other end of the phone claimed to be an FBI agent.

2. On how he was tracked down.

How exactly did they track you down? - ziftos

Kyle's Answer: The FBI got my IP address and my ISP gave them my billing info.

3. On what he did before he got arrested.

What was your job before you were arrested? - ryrymurph

Kyle's Answer: I was a weekend custodial guy at the University of South Florida, a position I held for almost 5 years.

What was the process of being initially detained? Did the FBI just knock on your door while you were home and said you were under arrest? - daath

Kyle's Answer:  Well, the FBI agent and my local sheriff did not press charges. However, the FBI agent did have to report his findings to the Ohio sheriff. Then, they pressed charges and I was arrested at work. Taken to jail and waited 27 days for extradition.

5. On how he was treated in prison.

What was prison life like with people who knew you were in for threatening to shoot up a school? - DatOneGuy-69

Kyle's Answer: I was called Osama a lot and they made a ton of jokes my way. 6. On his prison routine.

What was your daily routine in prison? - Sen_The_Chinese_Weeb:

Kyle's Answer: Wake up about 6:30AM, go to breakfast, come back, watch the first hour of GMA. Then watch Match Game on GSN, then go outside to listen to BBC News Hour on my radio, come back in for count, lunch, Afternoon GED instructor job, count again, dinner, jeopardy, more TV then bed. Rinse, Repeat.

Aside from what you were arrested for, what do you think was the worst thing you did online while trolling? - wyteoliander

Kyle's Answer: 100% Other than that, it was mostly sports trolling on /sp/

8. On the euphoria of trolling.

Did doing stuff like that give you a high? What was your primary motivation? And how do you recommend getting across to others who still partake in harmful "pranks" and cyber bullying? - Tarheeling

Kyle's Answer: Absolutely it was a high. Coupled with being drunk. It was a different kind of euphoria having the power to make people freak out think something bad is going to happen when it really isn't.

What is your biggest takeaway from this experience? - camzilla_mode

Kyle's Answer: To work as hard as I can to be the great person I know I can be. My life was a wreck when I was doing all that stuff. I was overeating, drinking everyday, and I dropped out of school...

Do you still browse 4chan or have you sworn off that website since getting arrested? I'm sure you've had a lot of time to think about what caused you to threaten that. - MusicalMastermind

Kyle's Answer: I have sworn off the website. It hasn't even touched my address bar. It's like a PTSD thing for me now.

How do you think the average Internet user should interact with trolls? Ignore/avoid them? Engage them in specific circumstances? Report them to the authorities when appropriate? - nxmehta

Kyle's Answer: Report. It's going to keep happening unless people know the consequences. And if you know someone is doing it. Get them the help they need.

If you were in on election night what was the general response of inmates when it was announced [Donald Trump] won? - habitualbastard

Kyle's Answer: As you would imagine, the dominant African-American population lost their minds. The mood was very somber. Most guys were worried they would never get out now. 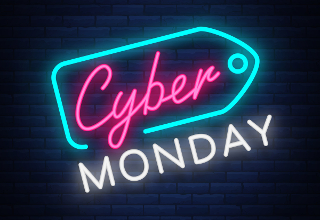