Shane Sonderman, an 18-year-old Tennessee resident, and one of the men behind the swatting death of Mark Herring pleaded guilty to, "wire fraud/conspiracy; interstate communication of threats; false information and hoaxes; and conspiracy" in March of 2021, according to People.

The other man involved, a minor living in the United Kingdom, whose name has not been released and who will not be extradited to the United States, helped Sonderman target, six people, though only Herring died due to their actions.

Herring was a long-time user of Twitter and the proud owner of the coveted handle @Tennessee. Herring received many offers for the handle but never felt the need to sell. And according to a local news station, WKRN-TV an intimidation campaign was underway against Herring and his family for control of the account.

It started with unwanted pizza deliveries and ended in a target swatting incident when police received a call from Herring's phone informing them he had killed a woman at his home. Police showed up guns drawn and found Herring on his porch. When they demanded he put his hands up Herring suffered a fatal heart attack.

Sonderman is facing five years in prison and a possible $250,000 fine. He is currently facing sentencing on July 21st.

Herring's Twitter account is still active and while he wasn't a prolific poster, his interests seemed to include, his grandchildren, the weather, college football, and fast food.

@sonicdrivein was at Westmoreland Tn loc today ordered boneless wings get one free. Was told they are no longer available. Pic from my car: pic.twitter.com/vfxWXz2zr4 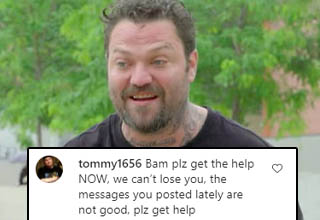 NEXT ARTICLE Bam Margera's Descent Is Breaking Our Hearts