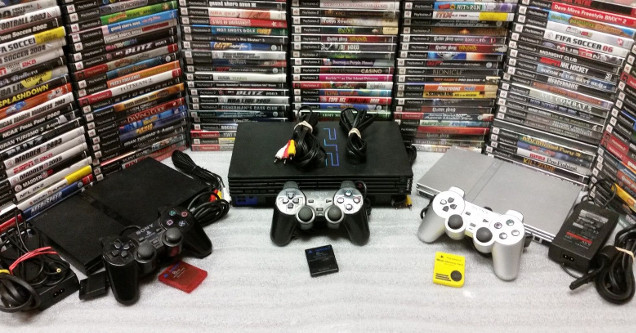 With the news that the PlayStation 4 just hit a new sales milestone, we thought it'd be appropriate to look at the current rankings for 10 best-selling consoles of all-time. At this point we're expecting both the PS4 and Switch to rank high on this list by the time the generation is all said and done. But what about for now?

Here's the official list with some additional information for your viewing pleasure.

Learn More: Read About The History Of The Genesis

Known as the Mega Drive outside of the U.S., the Genesis was the fourth console released by Sega. First released in Japan, it had a rough start due to its launch overlapping with Super Mario Bros. 3's (NES) release. It would soon find success in the West and live a healthy life during the 16-bit era, enough that some parents would accidently buy this peasant machine instead of the vastly superior SNES.

As the home of Sonic the Hedgehog and ECCO the Dolphin, it earned a sizable fanbase that had no idea that it was playing an inferior product. 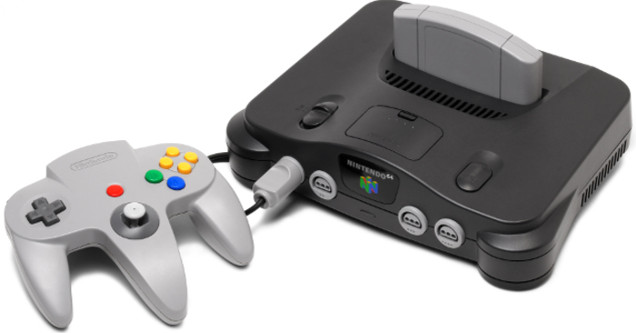 The Nintendo 64 represented the pinnacle of the bit wars, proudly donning its 64-bit capability in its name. Launching with one of the best software line-ups in history (Turok: Dinosaur Hunter, Super Mario 64, Pilotwings 64, etc.), it would experience incredible demand in its early months on the market leading to countless gaming addictions that ruined school grades across the globe.

Nintendo would soon find that its primary concern was competing with the new kid on the block, Sony. Equipped with a similar price tag but without CD capability, the Nintendo 64 would gravitate toward a state of indifference, slipping into a distant second place as if it stepped on a squishy Mario Kart banana. 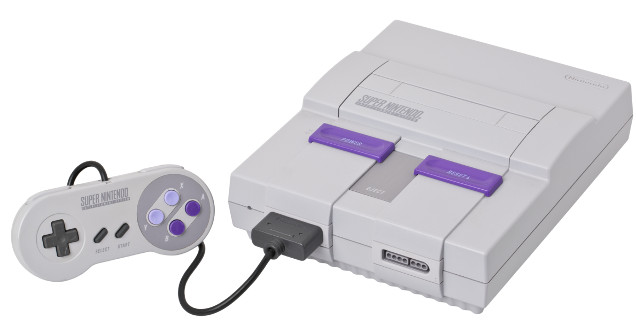 Learn More: Read About The History Of Nintendo

In one of the strongest follow-ups in industry history, Nintendo debuted the SNES in 1990 to incredible fanfare. Competing against the "cool" reputation of the Sega Genesis, it would fight with what many experts consider to be the greatest software library of any console in history.

In 1983 it appeared that all hope was lost for the gaming industry as demand was down and development studios were closing doors at a rapid rate. Then came the NES with arcade classics Donkey Kong and Popeye. Although initially struggling to gain momentum, and even facing dire straights with hardware issues, it would soon see the demand that Nintendo hoped for.

Within two years it would release to the West with classics including Super Mario Bros. and Duck Hunt, forever changing the landscape by demonstrating that consumers would rather spend their time in a virtual world than dealing with the immense pain of real life. 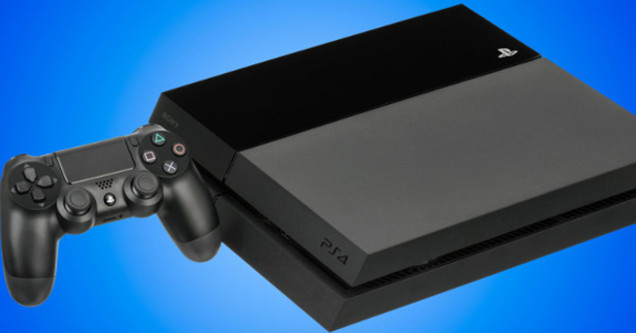 Learn More: Read About The History Of PlayStation

The PS3's imperfections demonstrated PlayStation's vulnerability for all to see, and put Sony in a tough financial spot to start the eighth console generation. Investment in powerful hardware, attractive design, and first-party games would come to its rescue in 2013. The PS4 has seen incredible demand since its launch during that year, prolonged by two price reductions and the debut of game of the year contending exclusive titles (Uncharted 4: A Thief's End, Bloodborne).

This console is currently poised to set records by surpassing the 100 million total sales mark before this generation is done, outperforming Lady Gaga in the process.

Learn More: Read About The History Of Xbox

Microsoft made a daring second entry into the market by pushing the Xbox 360 onto store shelves in late 2005. Arriving with a large launch library filled with appealing games across many genres, it would soon become a phenomenon in the U.S. Though, it would hit a big snag once thousands of consumers began reporting hardware failure (Red Ring of Death) making millions of people turn 360 degrees and walk away. This would severely damage the brand's image over time, but Microsoft would fight back by continuing to innovate with its online features, remaining well ahead of the competition throughout the generation.

Home to a few of the most successful shooters of all-time, the Xbox 360 put Microsoft on the gaming map and enforced it as an innovator for online gaming in the living room. 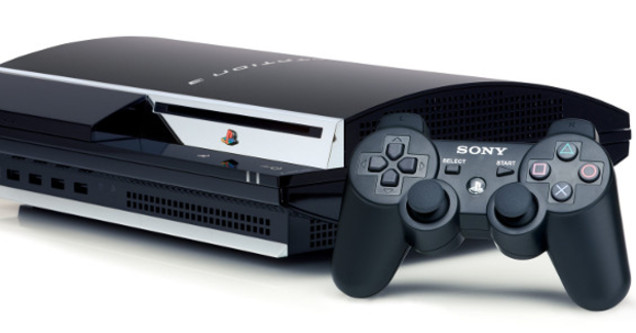 Learn More: Read About How The PS3 Had No Games

Following up the best-selling console of all-time was no easy task. Sony certainly didn't handle the pressure well by introducing an unaffordable console with peculiar hardware (Cell Processor). It didn't help that it launched a year after the Xbox 360 and was slow to match Xbox Live's features.

Despite a rough start, the PS3 would turn things around a few years later as its price came down and its unequaled first-party support came to fruition with Uncharted 2: Among Thieves, Metal Gear Solid 4: Guns of the Patriots, and The Last of Us. It might now have a reputation for being the red headed step child of the PlayStation 2, but it tried really really hard and ultimately that's what counts.

Learn More: Read About The History Of The Wii

While the PS3 and Xbox 360 were content with pushing hardware specs and remaining grounded in traditional controller-driven gameplay, Nintendo saw opportunity for motion gaming to hit the masses. Its investment was well worth it, as the Nintendo Wii saw industry-leading demand the moment it arrived in stores. Driving interest from demographics typically not congruent with gaming, it became a hot topic in not only gaming circles, but mainstream media.

While most people who bought a Wii would let it collect dust in their living room for years to come, it made Nintendo a lot of money, giving it breathing room to release the stupid piece of crap known as the Wii U. 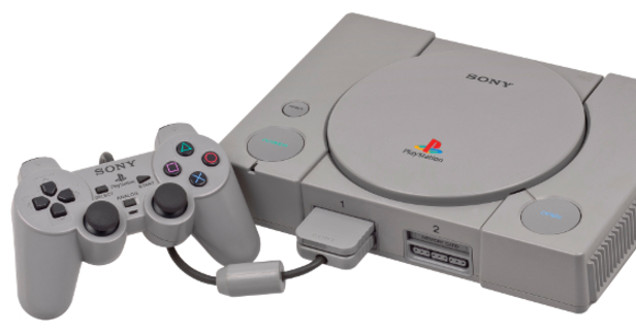 Arriving at a time when game cartridges were industry standard, Sony's PlayStation would arrive on the scene to show the world what the future entailed. Using CDs as game discs, its media storage capacity was well beyond what the industry was used to. The seemingly small innovation opened up the doors to new gaming experiences which could now host Full Motion Video and other storage heavy applications. Its 32-bit 3D graphics capabilities were a revolution a the time, breaking away from sprites and showing game worlds in a way that hadn't yet been seen before.

Although its early software library left much to be desired, by the end of 1998 that would change dramatically with Final Fantasy VII, Tomb Raider, Crash Bandicoot, Gran Turismo, and several other titles that are the very reason that I'm a video game expert now writing video game articles for a living on electronic Baldman's World.

Learn More: Read About The History Of The PS2's Evolution

The fact that the PlayStation 2 stands more than 50 million units sold ahead of any other home console speaks of its character. Arriving at a time when DVD was still a new format, Sony's second console was the complete entertainment package. Gamers would find its software library unequaled thanks to a large roster of third-party exclusives, while the average consumer enjoyed it for its simple DVD playback capability.

Its demand was made clear by its resale value at launch which surpassed $3000. Its high perceived value would remain for more than a decade, during which it evolved into a smaller, much more efficient and affordable product. Its period of manufacture (13 years) still stands as the longest in industry history, and its best games have been remastered to remind gamers why it was such a stud. 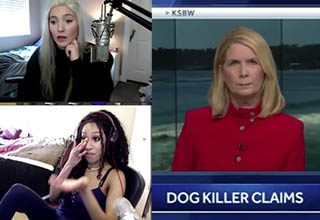