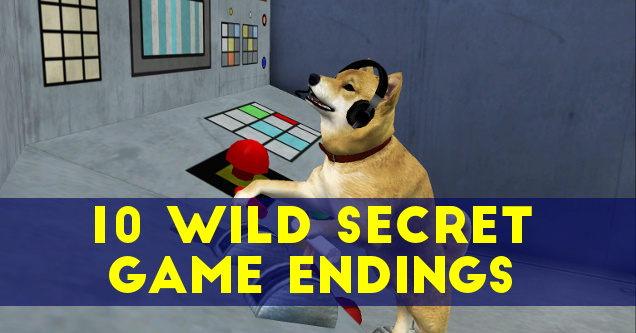 Whether or not a game is good or bad, gamers can always appreciate when a developer is willing to put in the time to add hidden content to their games. Easter eggs are cool, but secret endings are even better.

So, in this feature we're going to look at 10 of the most incredible secret endings in video game history. Let's get started.

Chrono Trigger is known for a lot of things. Some remember it for being one of the best JRPGs of the 90s, while others remember spending countless months trying to unlock its 13 endings. Among those endings is a secret only obtainable by beating the final boss early in the game. Mind you, at this point you only have one or two characters, and they're probably so low level that you can't even put a dent in him.

Unless you're cheating or are the type of person that sprays yourself down with Axe to hide your body odor, chances are this will be seen as impossible. However, when successful you'll be greeted by a special ending where you meet Akira Toriyama, Nobuo Uematsu, Yuji Horii, Yazuhiko Aoki, and Hironobu Sakaguchi, five of the gaming developer legends who made the game. Congratulations!

Far Cry 5 is the latest game to join this list. Although most players have taken over 25 hours to beat the game, there's another way that might be the better option if you only plan to rent the game for a day.

At the beginning of the game you meet a "bad guy" named Seed, who you are asked to handcuff. While the game makes it seem like you have to go through with taking him as hostage, if you choose to just sit around and twiddle your fingers, the game will show an alternate ending where everything ends peacefully and credits roll. How's that for saving you from a multi-hour addiction?

Heavy Rain had one heck of a story, and while it was depressing, its secret ending was by far the worst offender.

Called 'Helpless', this ending requires that you really blow at video games. We're talking screwing up when playing as Ethan so badly that he gets arrested multiple times, and the other characters fail to find clues about the whereabouts of Shaun. If this happens, Shaun is brutally murdered and Ethan feels so bad about it that he hangs himself. RIP.

INSIDE is one of the more interesting games released this generation. A lot of players headed online to discuss the ending after finishing the game due to its obscurity, hoping to finally pinpoint what the heck was going on. Although there's no definitive answer, a secret ending found long after the game released has offered a clue.

When playing the game you can access the secret ending by finding all 13 collectible orbs. You'll then be ushered into a new area where, if you press 'Up, Up, Right, Left, Right, Right, Right Up, Up, Up, Right, Left, Left, Left' at the end of this hidden area, you'll be presented with a somber ending that many interpret as the main character having his mind control deactivated, effectively making you lose control of him and ending the game. Now that's meta, and a definitive confirmation that you were in-fact mind controlling the main character during the events of the game.

One of the original Metal Gear Solid's most famous scenes is when Solid Snake is tortured by none other than Revolver Ocelot. Although the game makes it appear that you have no choice but to fight the pain and withhold the information that he wants from you, spamming button presses to prevent yourself from dying, you actually can just give up if you want. If so, you're safe to go free... at a tremendous cost.

Sadly, you end up finding out at the end of the game that the information you gave up resulted in Meryl dying. You know, the cute redhead girl everyone liked in the game? Way to go, bro. Hey, at least you're rewarded the Stealth Camo for doing so. Worth it.

6. Shenmue - Dying To The Guy Who Killed Your Father

This sad ending is only available if you wait in-game until April 15th, 1987, which requires a lot of time, to say the least, to a point where fans had to find out ways of moving forward time as quickly as possible to make it accessible. If you manage, then you'll be treated to just about the worst thing that could ever happen to the main character: being killed by the same guy who killed your father.

A lot of Shenmue fans hate this ending, so be sure to mention it to them if you ever meet one.

In terms of raw storytelling and atmosphere, you'll be hard pressed to find a game as phenomenal as Silent Hill 2. It's actually considered one of the games with the best endings in gaming history, and for good reason.

But there were multiple endings, including one famously called the "Dog Ending". To unlock this, first you have to beat the game normally three times and view the "In Water", "Leave", and "Maria" endings. Then, start a new game and get the dog key from the dog house near Jack's In. From there, simply head to the Observation Room at the third floor of Lakeview Hotel, pop the VHS tape into the player, and enjoy the dog ending. Or, you could just watch the YouTube video above. That might save you some time.

This ending makes it appear that all the craziness of the game was orchestrated by a single dog in a control room, not too dissimilar to The Truman Show. Some Silent Hill fans don't like it because it breaks the scariness of the game, but honestly, they're a bunch of dolts.

On the surface, Streets of Rage was just another "damsel in distress" game. But don't be fooled.

If you managed to reach the final boss in this SEGA Genesis game (Mr. X) in two-player mode, the boss would ask you and your partner if you want to side with the boss. By betraying your partner and saying 'Yes' you unlock this 'bad ending', sending your partner into a game over screen as you fight the boss for his throne. By beating him, you get to sit on the throne and become evil itself. You twisted human being, you.

This secret ending is extremely controversial, probably because The Witness is a very seriously toned and challenging puzzle game that many believed had a complex meaning.

Well, it turns out that if you click on the secret sun object in the starting area after completing the first two puzzles, you can then head into the island Hotel and witness (get it?) a real video of the game's developer, Jonathan Blow, losing his mind while making the game. It's bizarre, and totally doesn't fit into the game's environment, leading to countless of hate comments on YouTube.

10. Who Wants To Be A Millionaire - Pissed Off Regis

Everybody loves Regis Philbin, and for good reason: he's a charismatic guy. But he's also getting up there in age, and that means he doesn't have time for your crap.

While playing the Who Wants To Be A Millionaire video game, if you aren't able to make up your mind quickly when asked to put in your name, answer a Fastest Finger question, or choosing one of several options during the introduction, Regis will flip the hell out and yell at you before shutting down the game. Serves you right, you indecisive dingus. 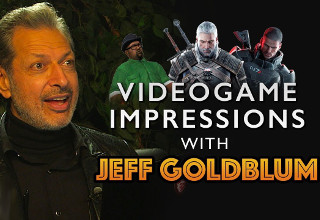