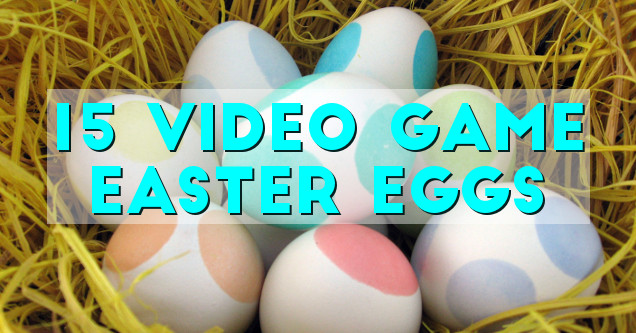 Making video games is a long, laborious process. So, it's no surprise that developers find ways to break the monotony by adding cool and sometimes bizarre secrets to their games.

At this point just about every game has secrets to find, but it wasn't always that way. You can trace back the history of easter eggs to the early 80's, and even then only a few games bothered.

Let's take a trip back through the annals of gaming history and look at 15 of the best easter eggs. 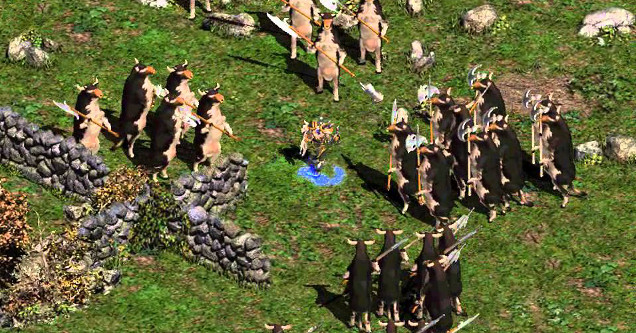 Rumors of a secret cow level spread across the Diablo II community for months after launch. But no mater how much it was talked about, nobody could provide any evidence of its existence.

That changed later when a screenshot of a bunch of cows standing with polearms found its way onto the list of official 'Screenshots of the Week'. Diablo II fans went nuts trying to figure out where the image was taken from, and more importantly how they could get there to hang out with some livestock.

Shortly after, an update was issued to the game which officially added the cow level. Accessible to just about anyone who had beaten the game, it allowed players to take out their anger on some psychotic cows.

Blizzard maintains that there is no cow level, nor has there ever been, going as far as adding a loading screen tip to Diablo 3 that states, "Cow level is a lie". Oh, Blizzard. You so silly. 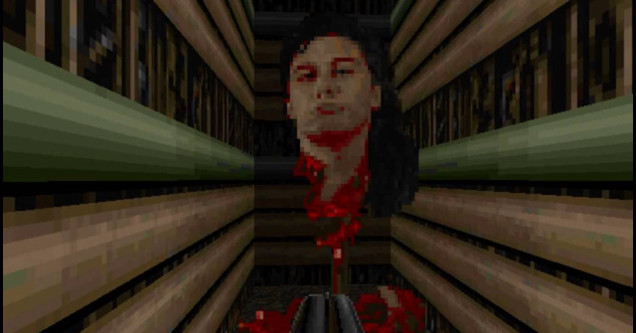 Play Now: DOOM Is Playable in Your Browser

id Sofware's DOOM and Wolfenstein had a few secret rooms that were well known during the early 90's, but John Romero's cameo at the end of DOOM 2 was definitely the most shocking of the bunch.

Players who killed the final boss by shooting it in the face would reveal a severed head of the game's co-creator, John Romero, on a stick. The moment players saw it, a sound file would be played backward that said, "To win the game you must kill me, John Romero!".

Sick? Definitely. But what else would you expect from the makers of the the world's first controversial video game? 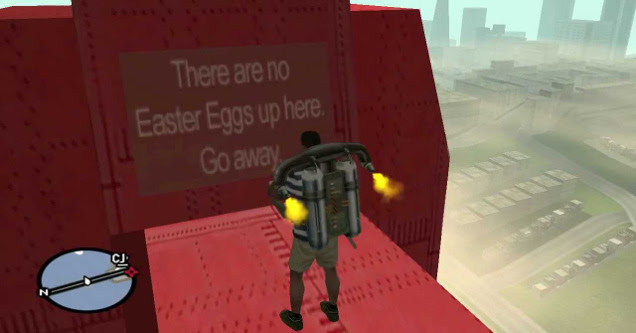 Toward the latter part of Grand Theft Auto: San Andreas players would steal a jetpack prototype from a high surveillance military installation called Area 69. Once in possession of this incredible vehicle that makes commutes to work no problem whatsoever, the world became a 3D playground. The first stop? The top of Gant Bridge, one of the tallest and most pronounced structures in the game.

For players who made the trek there a hidden sign was to be on top that read, "There are no easter eggs up here. Go away". Oh really now?

This easter egg is one of the most famous in gaming history given the popularity of Grand Theft Auto: San Andreas. 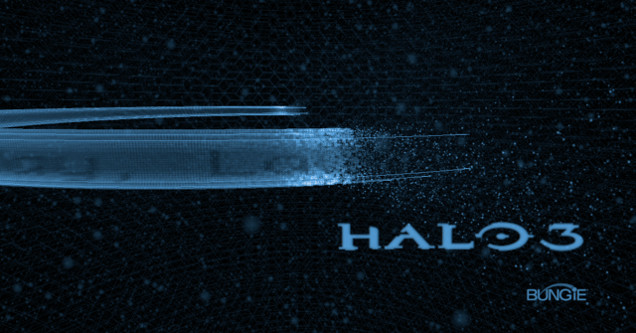 Bungie programmer Adrian Perez sure knew how to impress his wifey.

Players who set their Xbox's date to December 25th before starting a new game of Halo 3 would be able to access one of the Xbox 360's most surprising easter eggs. Upon holding down both thumbsticks prior to entering the game, the animated ring revealed during the intro would have the words "Happy Birthday Lauren" embedded in it. 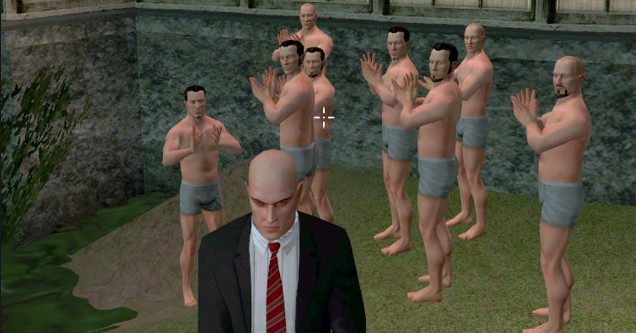 Hitman: Blood Money is well-known among gamers for its well-designed assassination scenarios that encourage you to explore every nook and cranny of the environment.

In the mission "Till Death Do Us Part" players would find a bunch of weirdos partying in the backyard. Upon closer inspection a tiny coin could be found nearby. What do you do with it, you ask? Shoot it.

Upon shooting the coin, all the party-goers would strip down to their boxers and begin applauding Agent 47.

The guy who thought of this has probably been admitted to an insane asylum. 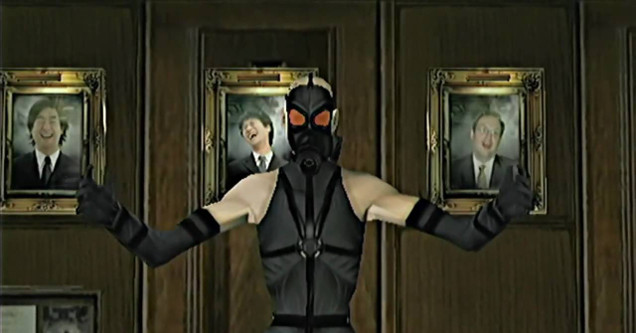 The entire battle against Metal Gear Solid's Psycho mantis is basically an Easter Egg. Many remember it for being beatable by changing which port your controller is plugged into, preventing the boss from "reading your inputs". However, there was more to it than that.

Psycho Mantis would be able to read if your memory card had save data for Castlevania: Symphony of the Night, Silent Hill, Suikoden, ISS Soccer, among other Konami games, making direct mention to the progress in your other games. Naturally, some gamers were creeped out by the whole thing and forcefully shut the game off. 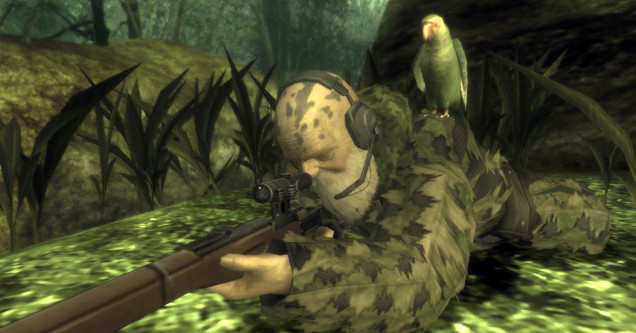 Metal Gear deserves a second spot on this list, if only because Hideo Kojima was such a mastermind.

This easter egg was centered around The End's boss battle. In this fight, players would face off with an incredible talented sniper that was so hard to find and shoot that many players required upward of three hours just to hit him once.

Alternatively, players could just save the game and then come back after two weeks. The End was extremely old, and apparently after a couple of weeks of hiding in the jungle he couldn't go on any longer. Players who returned would find that he had died of old age. 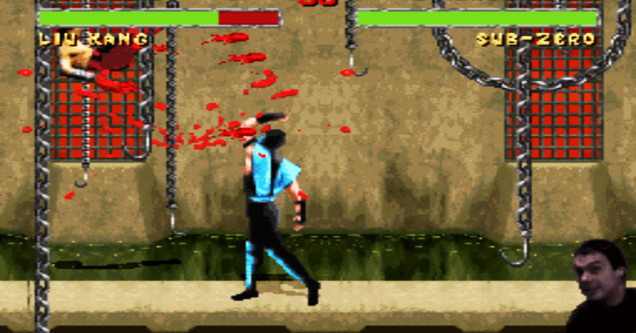 This bizarre easter egg would trigger when a player delivered a perfectly timed uppercut in Mortal Kombat II. A picture of a guy's face would pop out of the bottom right corner of the screen as he yelled in a joking voice, "Toasty!".

Over the years many gamers thought he said "Whoopsie!", but it has been confirmed to be "Toasty!". This originates from an inside joke at the development studio Mortal Kombat Sound Designer Dan Forden, who has since become famous for the Easter Egg.

This easter egg served a gameplay purpose, too. Players could press down and start when it appeared if playing on the Portal stage to reveal the secret battle with Smoke. 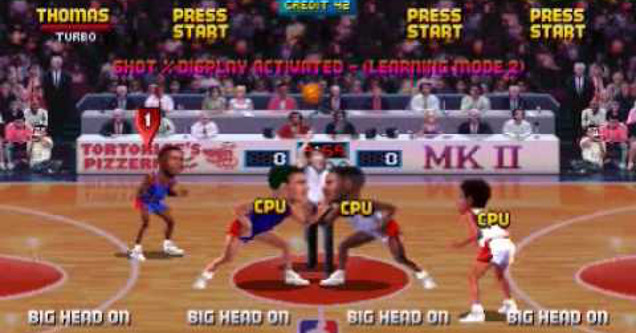 While this has become standardized in recent ports, big head mode used to be a secret that only the biggest fans knew about.

To enable it, players would have to hold Up, Turbo, and the Steal button during tip off. Once the ball popped into the air every player on the court would suddenly get big head disease. This turned a lot of heads back in the arcade days. 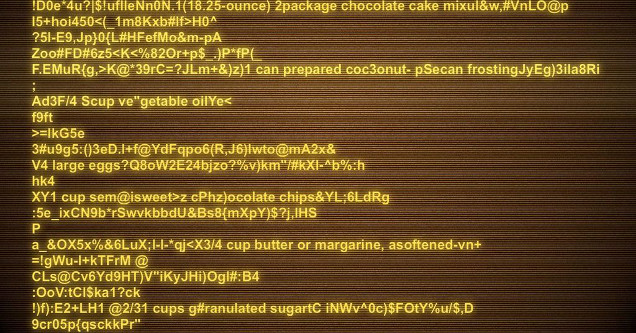 Also Watch: The Birthday Cake Has a Surprise Ending

While you wouldn't learn about 'the cake is a lie' until the end of Portal, just before that section you could get a hint of what's to come, and satiate your appetite at the same time.

On a monitor near the ending you can find a PC monitor that was scrolling a bunch of orange text. If you look closely you can find a cake recipe, from eggs to vanilla. 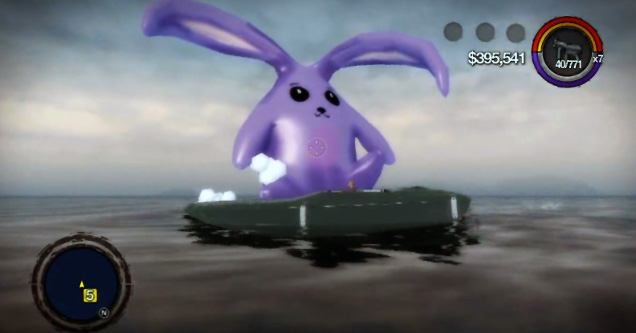 This one is just ridiculous.

This massive bunny officially known as Cabbit can only be found by following a series of arrows on islands hidden to the West of the Saint's Row map. Shortly after, the massive creature erupts from the sea.

Thankfully, this abomination doesn't attack, and instead just kind of floats around. 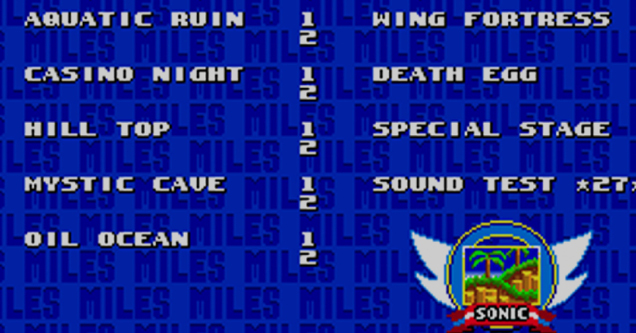 Game It Up: Play Sonic the Hedghog Now

While more of a cheat than anything else, this was a huge deal for kids who grew up on the Sega Genesis. Many would eventually learn of Super Sonic, which was obtained by collecting all seven Chaos Emeralds, but the biggest secret was much more useful than that.

By tapping a series of controller inputs on the main menu, players could head to a secret menu in Sonic the Hedghog. From there, they could jump to any level and even listen to the game's soundtrack. If only I knew about this earlier so I could have avoided spending dozens of hours trying to get through Wing Fortress. I still have a headache. 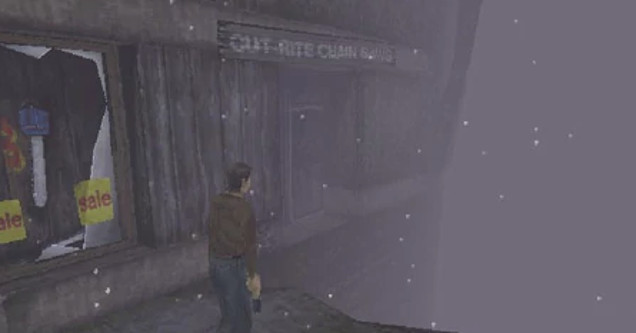 Silent Hill was full of references to major horror films, from Psycho's creepy staircase to the "Help me" wall markings of Exorcist.

However, arguably the best was the store modeled after Texas Chainsaw Massacre 2's Cut-Rite Chain Saws store. With the same store name and design, this was a direct reference to the building that Dennis Hopper would head to toward the end of the film where he fought Leatherface. 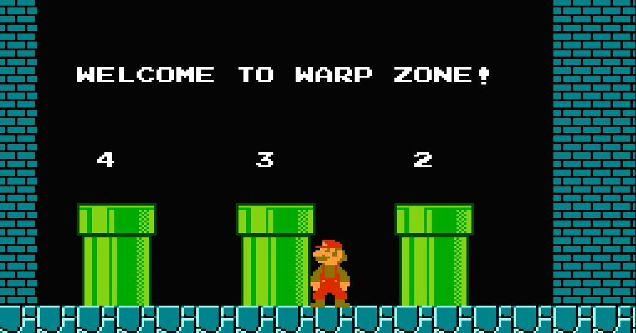 Released in 1985, Super Mario Bros. was the first game many people played, so this easter egg was usually an introduction to video game secrets for anyone who found it.

On World 1-2, players who used speed to bounce off the upward moving platforms would arrive above the tall green pipe that appeared to be the only way to complete the level. On the other side were three pipes that allowed you to shortcut to World 2, 3, or 4. 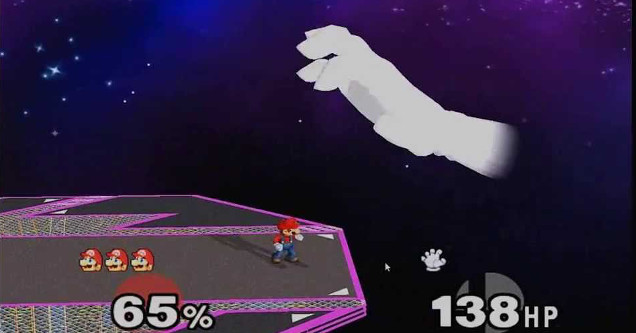 Most Super Smash fans remember the Master Hand for being an incredible challenging boss. However, few know that you could actually play as the character.

In order to unlock this ridiculous option, players needed to plug their controller into the third port and hold down a sequence of buttons.

This was never intended by Nintendo, and instead was a glitch that took advantage of a character selection bug in the game. But don't tell your friends that when you pick this unbeatable character. 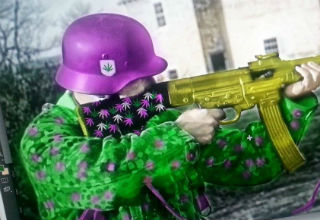 NEXT ARTICLE Cheaters Are Taking Over Call Of Duty: WWII