While on one hand we can't stand when our games break, sometimes the hilariousness of it all is worth it.

If you like funny gaming glitches, then you gotta see the eight videos below.

Toward the beginning of Heavy Rain the main character loses his son in a large crowd while shopping at a mall. For the next few minutes you control him as he paces frantically looking for his son, with optional button prompts that let you shout his name... SHAUUUUUN!

Somehow, this guy managed to produce a glitch where he could keep triggering these shouts toward the end of the game, during a dramatic section where you're rescuing your son from the serial killer who took him.

2. Getting Exercise On A Horse In Skyrim

We could make a list based entirely in Skyrim, but we're going to only include one here. This particular glitch has an NPC character ride a horse in a... let's just say untraditional way.

It gets better later in the video. Guy just acts like nothing happened.

As you're going to soon notice, a lot of EA games are drenched with bugs. EA UFC was one of the worst cases as its MMA fighters would often get tangled in their own meshes. In a lot of cases this would completely ruin a fight, but one YouTuber decided to make the best of it with a compilation of the best glitch moments, and some Joe Rogan style commentating on top.

This has become one of the most popular glitch videos of all-time with north of 2.4 million views, and for good reason: it's hilarious.

Missing torsos, humping the ground, and players launching across the field randomly are just a few of the things that you probably shouldn't expect when you step onto a soccer field. But that's exactly what players were treated to when they bought FIFA 14.

This broken ass game was the result of a rushed development cycle that wasn't able to address serious engine issues before release. EA has since figured things out in subsequent releases, but we have this wonderful montage to remind us of where we once were.

Also Watch: This Is The Most Bizarre Video Game Bug I Ever Encountered

5. They See Me Rollin' In Lord Of The Rings Online

Making an MMORPG ain't easy, apparently. In this video we get a good look at one of The Lord of the Rings Online's greatest glitches, which allowed players to move around while sitting in a wooden chair.

Is it sad that this video makes me want to roll around town in my office chair? I am the kind of person who likes to do 360s in his chair in the middle of the work day, after all.

As if horse racing wasn't all bizarre enough, this Japanese-made game has standing horses, yetis, seals, and indescribable other nouns race down a field of grass to see who's fastest.

This game is so damn weird that it doesn't even need a glitch to be funny. Japan World Cup 3 is unequivocally one of the strangest games ever made.

Also See: 10 Games So Weird You'll Scratch Your Head And Ask Why

Max Payne 3 was a really serious game, the kind where you had to take breaks just to take in all the emotion. So when the main character was seen sitting at a piano reminiscing it was a hardcore divergence from the rest of the game, let alone when this glitch appeared and his limbs became disconnected from his body.

Now this deserves to be in a talent show.

Red Dead Redemption 2 was actually a rather solid game, so to see it on a list like this may come as a bit of a surprise. However, it sure as hell wasn't immune to its code getting a bit funny out of nowhere, as seen in this glitch where horse-drawn carriages are tossed around like a fruit salad.

This would be just about the best roller coaster ever. 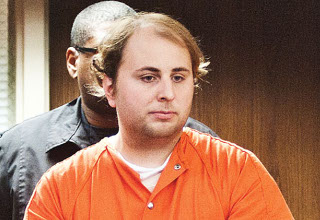