The only thing we can say for certain about GTA 6, is that it's being made by Rockstar. And that it will have guns and boobs. Besides that, most of what your reading comes from Tom Henderson, known for leaking news about Battlefield 2042.

But then you see your sourced as an 'insider" and not linked. pic.twitter.com/1jPP7ViHx9

According to Henderson, GTA 6 will be set in the present day, not in the 80s as some people speculated. He goes on to say the game is set for release some four years from now, either 2024 or 2025, and that the map will be a recreation or renewed version of GTA Vice City.

Watch his full 10-minute video for yourself, if you're into that kind of thing.

That's it. That's where all this GTA 6 news is coming from. Believe what you want, but until people stop buying GTA V, Rockstar has no financial incentive to release another installment. Yet still, we're crossing our fingers hoping that one day, even if it takes another 12 years, that we get to play GTA 6. Who knows, by then maybe you could play with your son. 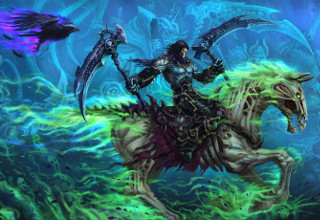