Sims 4 recently put out an update adding features like curved walls, body hair, and more wants for their sims. Perhaps too many new desires have been added however, and one in particular that the devs at EA definitely did not intend. It would seem now that when sims are seeking out romantic relationships, they have a hard time distinguishing between the people around them… and their own family.

Quickly spotted by members of the community, many sims are now trying to engage in incest with their family members, going so far as to try it with their twin siblings, parents, and children. Even if you’re simming a town in Alabama, that’s going a bit far. 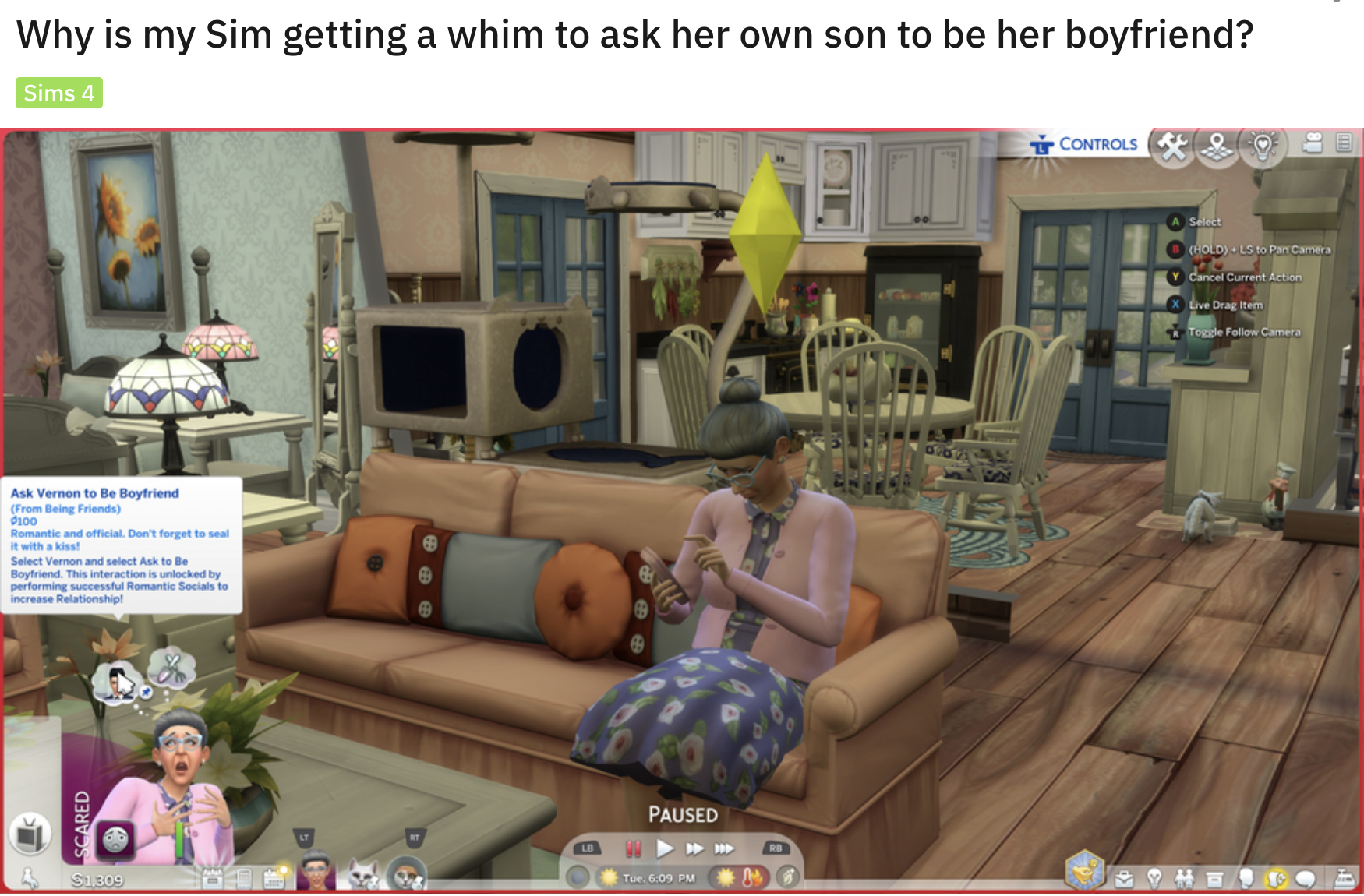 EA has acknowledged that they are aware of the problem, and are trying to fix it.

I just wanted to acknowledge that the Want to date a family member is something we know about, we’ve reproduced ourselves, we’re working on it. We’re looking to get it fixed ASAP, thanks for all the bug reports, we appreciate it. We’re of course working on the aging bug too.

Even the wording though, “The Want to date a family member is something we know about, we’ve reproduced ourselves, we’re working on…” it’s a little sus don’t you think?

EA has more to worry about than just some incestuous Sims, as a second bug has appeared out of this update causing some characters to age way too fast. Without some fixes soon, there might be a few wacky sim worlds out there.