While governments around the world are failing us left and right, the World Health Organization has come out with a proposal that we can all get behind: playing more video games.

In an effort to convince more people to stay indoors, WHO announced the #PlayApartTogether campaign, and video game companies—including Activision Blizzard, Unity, and Riot Games—are getting behind it to urge people to spend more time playing video games.

The announcement came from Ray Chambers, WHO's Ambassador for Global Strategy. In the unlikely event that someone finds him on COD, please feel free to gift him some weapons.

We’re at a crucial moment in defining outcomes of this pandemic. Games industry companies have a global audience - we encourage all to #PlayApartTogether. More physical distancing + other measures will help to flatten the curve + save lives. https://t.co/QhX0ssN0lH

No doubt, the campaign slogan could also serve as a call for more phone sex, but people are loving it just the same.

Video game blogs like GameRant are glad to see WHO coming around to the viewpoint that gaming can be a beneficial activity, especially since just last year WHO categorized "gaming disorder" as an official disease.

Riot Games CEO Nicolo Laurent described the idea in a pretty grandiose way, saying that "for the billions of players around the world, playing games could help the pursuit of saving lives."

But for many of us, this just means we pretty much have carte blanche from now on whenever someone says we spend too much time playing video games.

Wanna get out of going to someone's birthday party or avoid brunch with that annoying friend? Just tell them you're saving lives at home and they'll have to understand. 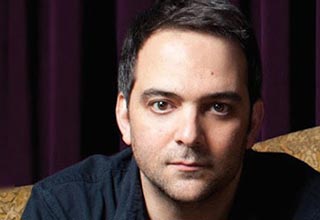 NEXT ARTICLE Adam Schlesinger, Fountains of Wayne Singer and Master Songwriter Has Died After Contracting COVID-19