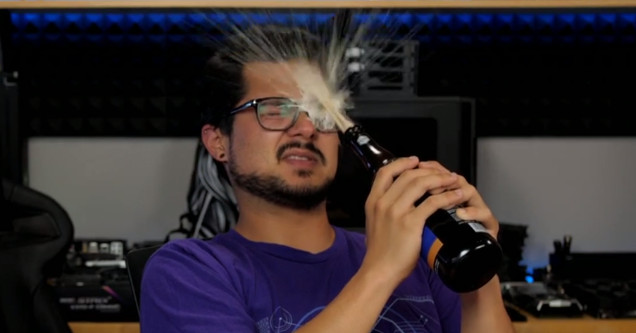 During a live stream today on Twitch, Bitwit CEO Kyle Hansen decided to pour himself a classy glass of beer. However, instead of opening the bottle like a normal person, he decided to point the top of the bottle at his face.

After loosening the cork, he mentioned that it was "like Russian roulette". Within a split second the bottle popped open driving the cork directly toward his left eye.

Thankfully, Kyle was wearing glasses, so he didn't blow his eye out like the kid in Christmas Story. Afterward, he was able to sit in shock as the Twitch chat drowned in laughter.

Corks have been measured to fly at 24.8 miles per hour when the bottle is under pressure. This is more than enough to cause permanent damage to an eye, making this an awful idea (or a good idea if you want to make headlines).

A couple hours later Kyle's coworker, who is similarly a popular hardware YouTuber, sat with him and watched a video of the moment. They both got a good laugh, as seen below.

Don't worry, the bottle of beer is fine. 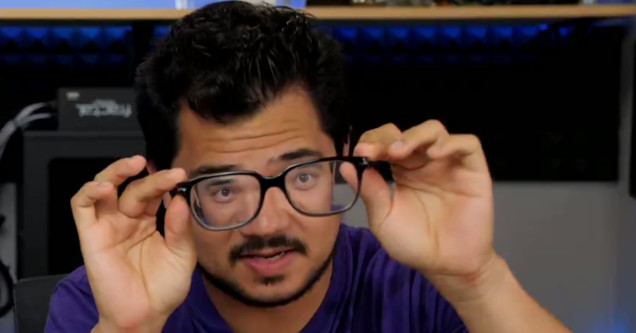 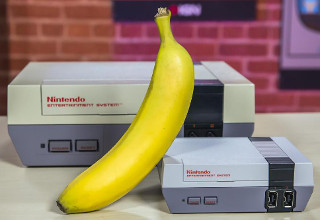 NEXT ARTICLE Don't Worry, Nintendo Is Bringing Back The NES Classic Edition