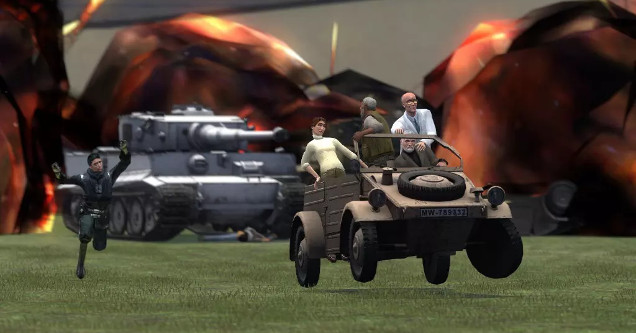 So you asked your friend to hang out last weekend. While you were ready to hit up a bar to watch an NFL game, he said he was too busy.

This happens to everyone, and as real as the excuses may sound, most of the time people can't hang out because they just want to play video games. Most recently this problem has appeared thanks to Destiny 2's release, resulting in auto-drafts in fantasy leagues and canceled hangout sessions.

Also See: 15 Pics Of People Addicted To The Internet

If you've faced this situation before, then it's likely caused by one of the 10 games below. 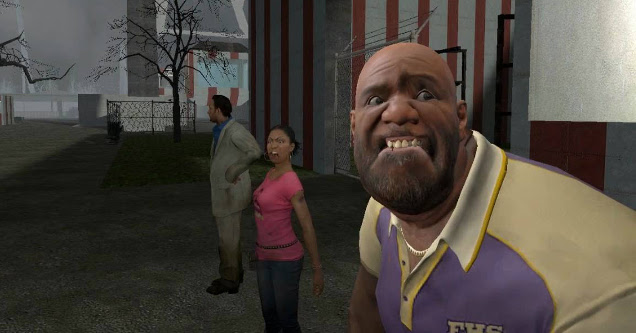 Left 4 Dead 2 is a simple game when all things are considered. Essentially boiling down to a linear co-op first-person shooter experience, you'd think that it wouldn't have any legs. You'd be dead wrong, though. Left 4 Dead 2 is capable of accumulating more than 30,000 concurrent players on a good day despite its repetitiveness and seven years of age. Many attribute this to how easy it is to hop on and have fun with friends. Some owe it to the sheer excitement delivered by its Versus mode. This game has proven incredibly successful over the years adding yet another powerful IP to Valve's line-up. 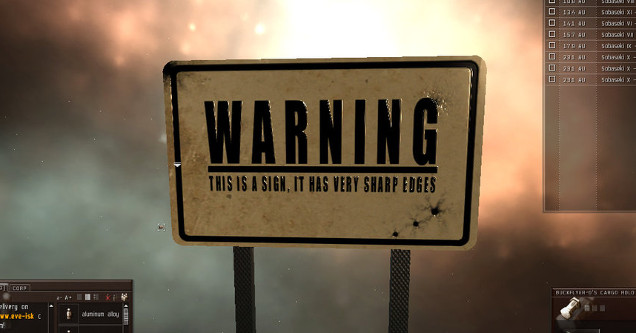 Serving as the oldest title on this list, EVE Online holds a very special place in the video game annals. This MMO has held the most consistent subscriber numbers of any game of its kind, never deviating too far from the popularity of yesteryear. Some of that is owed to how the game encourages multi-account usage, but most of it is simply because the game is so compelling. In a world where sandbox MMOs are seldom good, EVE Online is a shining example that freedom and exploration can be enough to keep players invested for many years. It is still one of the most popular MMOs, most recently growing from improvements made to how the game welcomes new players, and its free-to-play options. 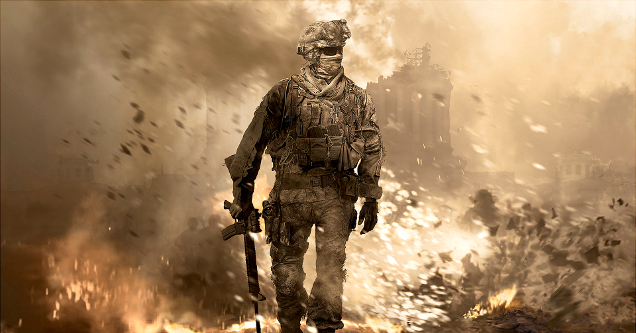 Hilarious: Ultra Nerds Playing Call of Duty Act Like Badasses After A Win

Call of Duty was bound to end up on this list somewhere. While each of its titles manage to hold onto a semblance of community for many years post-launch, Modern Warfare 2 is the real stand-out. For one reason or another, hundreds of thousands of gamers haven't been able to let go of this game since its debut seven years ago. To many, Modern Warfare 2 represents the pinnacle of the casual online shooter. It plays just as smooth as the latest and greatest from the Call of Duty series, but with preferable weapon and level design. Even after the release of Modern Warfare Remastered alongside Infinite Warfare it stands as a shockingly popular title that Xbox and PlayStation gamers can't seem to get rid of.

Although not a particularly old game, Final Fantasy XIV is perhaps the most unrecognizable today when compared to its debut. Originally launching to overwhelmingly negative reception, Square Enix quickly went to work on a revamped version titled A Realm Reborn. Its costly investment proved worth it. Final Fantasy XIV isn't just one of the most easily recommendable MMOs on the market, it's available to play on console, and is notably popular. This year it will see the release of a second expansion which is sure to encourage another boon of popularity, ushering continued success for the beautiful title. 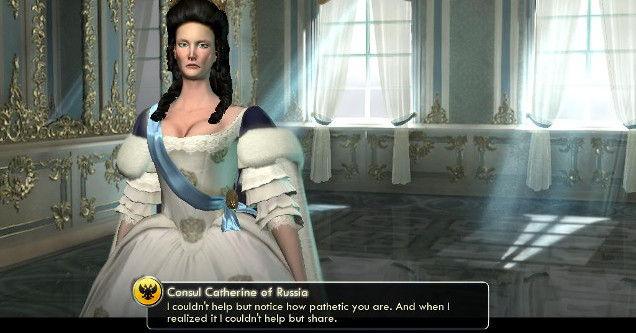 Did You Know: The One More Turn Meme Started With Civilization

Games made by Firaxis tend to produce outstanding replay value; Civilization V is a particularly stellar example. This now than six year old title consistently holds a top 10 spot on Steam with over 40,000 concurrent players. Its deep strategy elements and multi-hour games rack up enormous playtimes for virtually everyone who gets their hands on it. Despite the greatness of its successor, it still manages to be more popular than the newer title. Some of that has to do with how affordable the game is, regularly found for $5 during sale periods. And therein lies the key to high volume. 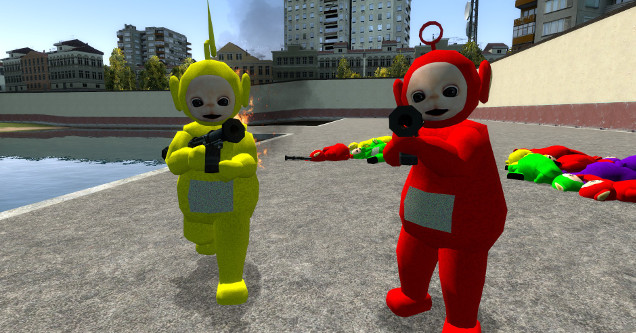 This one may come as a bit of a surprise. Serving as one of the top 5 most popular games on Steam, it's certainly one of the least talked about successes of our time. Equipped with a population that regularly hits 60,000 concurrent, it's a phenomenon of sorts. Many players head into Garry's Mod to express creativity and have a good laugh, while others make a wide variety of videos. The constant expansion of its tools and environments has allowed countless gamers to play around without any objective to worry about. In the modern era of gaming, this is a style of experience that is seldom encountered, and Garry's Mod has benefited greatly for it. 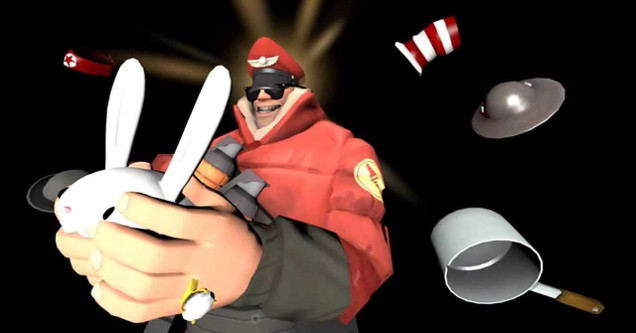 Hats. Hats are the reason Team Fortress 2 has held a top four spot on Steam for so long. First introduced in 2009 as part of the Sniper vs Spy update, players went from casually enjoying Team Fortress 2 to outrageously addicted overnight. Cosmetics, along with free-to-play, have propelled the game to incredible heights that surpass 99% of shooters on the market. It wouldn't be fair to call Team Fortress 2's success only the product of cosmetics, though. This is a very well designed game with a charismatic assortment of playable characters that serve as the basis of what is an interesting and dynamic meta game. Along with Counter-Strike: Global Offensive, it dominates FPS on Steam with remarkable acuity. 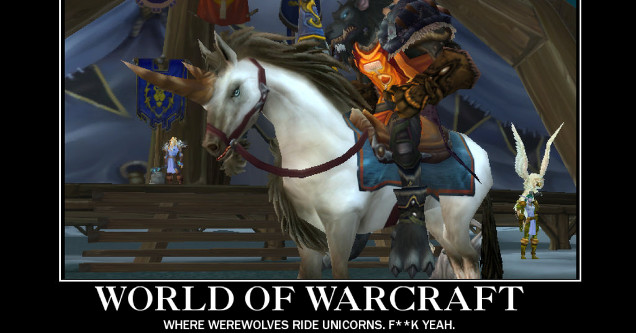 Rekt: Brother Gets Slapped With Keyboard Playing World of Warcraft

Can you name another MMO that has over eight million subscribers? How about one that's able to do that after 12 years of age? We can't either. World of Warcraft is by far and away the biggest MMO of all-time. Even at its lowest point in popularity it far surpassed the competition by millions of players. Release of major updates and several expansions has kept it relevant at all points of its lifespan. In-fact, its highest point of success didn't come until five years after launch. Although since its peak in popularity it has seen a significant reduction in subscribers, the release of Legion has once again shot it up into the spotlight. If there's one thing we can say for sure about World of Warcraft, it's that it isn't going anywhere. 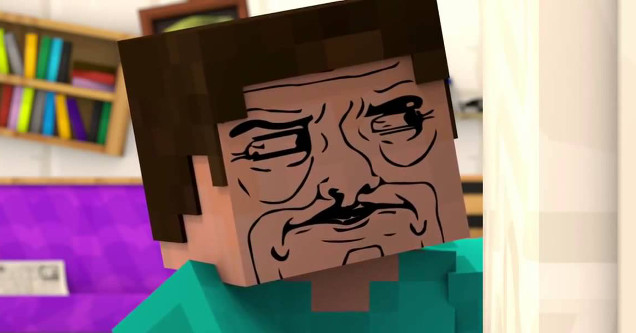 Currently holding the second spot on best-selling games of all-time, Minecraft is a title well-deserving of its success. In its five years of post-release it has been a go-to for lighthearted entertainment that's welcoming to people of all ages. Its child friendliness has made it a billion dollar game supported by merchandise and the highest viewership of any game on YouTube. Minecraft has sold over 107 million units in its reasonably short time on the market, eclipsing everything but Tetris in the process. It has its own yearly convention (MineCon), receives regular content updates, and serves as an example that even the most simple ideas can many times be the best. 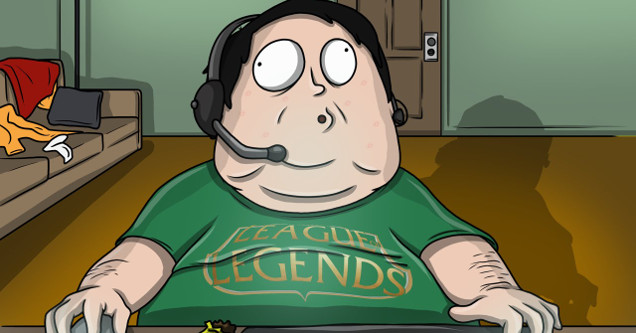 Sexy: The Hot Women Of League Of Legends

Games simply don't get any bigger than League of Legends. This 30+ million player per month game is an absolute monster, holding the top spot on every most popular game lists as well as being a top three most viewed YouTube and livestream title. It originally earned its success from making the increasingly popular MOBA genre more accessible to its growing audience. Over the years it has welcomed growth by fueling its eSports presence and delivering significant updates, usually including new champions. It has even kept up with modern expectations by updating its character models, UI, and maps. League of Legends is without a doubt the most popular game in the world, and it's accomplished that despite seven years of age. Many MOBAs have tried to cut into its playerbase with very limited success, and for that it's earned the number one spot on this list. 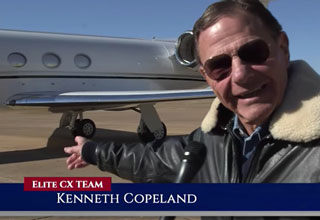 NEXT ARTICLE Televangelist Thanks Jesus For His New Gulf V Jet, But Still Asks for $2.5 Million For Upgrades