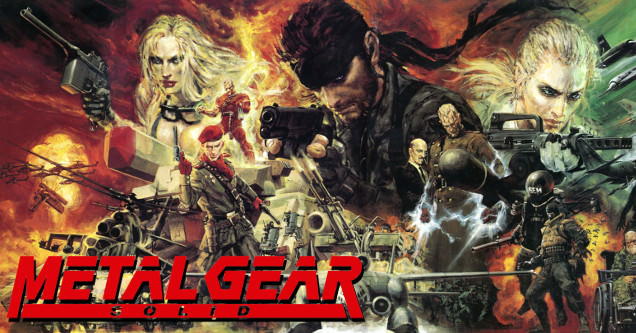 With over 50 million copies sold worldwide, Metal Gear is one of the biggest gaming franchises. Although many fans won't care to admit it, it's also one of the weirdest, with long, drawn out political cutscenes and strange humor that tries to take inspiration from the real world.

I've been a fan of the franchise since 1998, and can attest to it being great albeit outrageous and bizarre. Below are 10 of the things in Metal Gear that make it unlike any other game on the market.

Since the original Metal Gear Solid there's been a recurring appearance of a character who battles with bowel issues. Known as Johnny Sasaki, his first appearance was in Metal Gear Solid where he guarded the cell of Solid Snake. He would leave his post after experiencing a rush of diarrhea, opening up an opportunity for Snake to hide himself and escape. His name was only encountered later in the credits upon finishing the game.

In Metal Gear Solid 2 Johnny wasn't physically encountered, and instead made a cameo when the player was provided a directional microphone to detect Richard Ames' pacemaker. Johnny's bowel movements could be heard through the wall during this sequence.

Metal Gear Solid: Snake Eater continued the ridiculousness as Johnny's Russian grandfather was met by Big Boss following his capture. To no surprise, he similarly battled diarrhea while guarding a cell block.

In Metal Gear Solid 4 Johnny Sasaki was not only made into a major character, but his face was seen for the first time ever. Solid Snake encounters Johnny while he's having a bowel movement under the disguise of a barrel. Interestingly enough, Johnny would fight alongside Solid Snake during the game, and eventually marry Meryl Silverburgh leaving the audience in pure disbelief.

During the course of Metal Gear Solid 4, the player regularly hears mention of a group with an obscure name. It turns out that when this name is heard, the person speaking is actually saying "The Patriots", the official name of the organization. However, thanks to nanomachine censorship, this is translated to "La-li-lu-le-lo" during communication.

The Patriots would later be revealed to be the support group of Metal Gear Solid: Snake Eater including Sigint, Para-Medic, and Major Zero, once again reinforcing that Hideo Kojima likes to correlate everything in the franchise no matter how insane it is.

Big Boss' appearance at the end of Metal Gear Solid 4 was arguably unnecessary. What isn't arguable is how ridiculous the things he had to say were.

Also See: Why Elon Musk Says We Are Living In A Simulation

During his 10+ minute speech to Solid Snake in a graveyard, Big Boss would state that many of the events of Metal Gear Solid 2 were just a simulation and never actually took place. He would go on to explain that an A.I. created by Major Zero would try to assume control of the world, crafting alternate universes in the process. For those who didn't like Metal Gear Solid 2, it was a redeeming revelation. For everyone else, it was silly beyond belief.

Codec conversations have been an important element of Metal Gear since its inception. In Metal Gear Solid 4 Liquid Snake demonstrates that people can see each other through the system when he changes costume to fool Solid Snake. Given that codec is supposed to be radio communication through an earpiece, it makes absolutely no sense.

Undercover operations were an extremely important part of Metal Gear Solid: Snake Eater's storytelling. For one, The Boss' undercover defection from the U.S. to the Soviet Union was a major plot element, but it went much further from that.

It's revealed later into the story that Revolver Ocelot is a U.S. Agent who is, similar to The Boss, now working with the Soviet Union. However, he shows moments of being a double agent as he works in the Soviet Union's favor. Shortly after, he becomes a triple agent, and then eventually a quadruple agent. It's all a mess of complexity that ultimately does the iconic character a disservice.

To make matters worse, another character named Eva was similarly an undercover agent. Her motives are explained much more directly, but it's hard to dismiss the fact that Metal Gear Solid: Snake Eater is overflowing with undercover agents.

Metal Gear Solid has employed various supernatural elements over the years. Given the series' commitment to a realistic world, these elements always stood out as something bizarre but explainable through natural means.

For example, in Metal Gear Solid 4 Solid Snake would encounter an antagonist named Vamp, an ex-member of Dead Cell capable of running on walls at blazing speed, and even standing on water. He would even recover from significant wounds out of nowhere, making him seemingly invincible.

Vamp, along with a large library of other supernatural elements in the series, would later be explained as the product of nanomachines, microscopic machines that would dwell in the bloodstream of individuals. It was such a ridiculous turn of events that it has remained common joke among gamers when discussing game elements that have no logical explanation.

There is, simply put, nothing as controversial as Liquid Snake's arm. Chopped off during battle, the arm was soon transplanted onto the one and only Revolver Ocelot. Throughout Metal Gear Solid 4 Revolver Ocelot is shown behaving remarkably similar to Liquid Snake, explained as nanomachines in the arm taking over Ocelot's body. It's a far-fetched explanation that confused many players.

However, the story makes a quick left turn out of nowhere and reveals that Ocelot was never controlled by the arm, but rather Ocelot hypnotized himself to behave and sound like Liquid Snake. Supposedly, he did this in order to fool The Patriots into thinking he was actually controlled by Liquid Snake. If you can't make sense of it, then you aren't alone. This single piece of the story is considered by many Metal Gear fans to be the worst plot element in the series' over 28 years of history.

The story behind what Paz endured at the hands of Skullface prior to the events of Metal Gear Solid V: Ground Zeroes was already way over the top. To give you an idea, she was apparently gangraped and beaten, among other things that could be regarded as worse.

At the end of Metal Gear Solid V: Ground Zeroes she is rescued by Big Boss in a dangerous mission. Members on-board the escape helicopter quickly learn that she has a bomb in her abdomen. It is surgically removed before detonation, saving the crew. However, she soon reveals that there is another bomb, inferring that it's inside her private parts. She jumps out of the helicopter just in-time for the nether parts bomb not to cause instant-death to Big Boss and his team. However, the helicopter crashes due to structural damage, trigger the beginning of Big Boss' multi-year coma.

During Metal Gear Solid: Peace Walker Big Boss learns that CIA Station Chief Hot Coldman—yes, that's his name—worked together with Dr. Strangelove to make a nuclear metal gear equipped with The Boss' A.I. Called Peace Walker, it was a remarkably dangerous creation that was made specifically to return nuclear fire in the event of an offensive attack.

Soon after its deployment, Peace Walker is mistakenly given order to return nuclear fire. A moment before the A.I. fires its ICBM, potentially summoning nuclear war, The Boss' A.I. comes alive and forces the Peace Walker to drown itself in Lake Nicaragua. The event is shown as a reawakening of the legendary The Boss and her anti-war philosophy.

Metal Gear Solid: Snake Eater's boss cast is regarded as one of the most consistently interesting in gaming history. However, that doesn't mean that their design is founded in reality.

Among the group of antagonists you have a guy who can control bees, another who produces electricity at will, a ghost, and an over 100 year old man who is better with a sniper rifle than anyone else in the world. It's got to be those nanomachines. 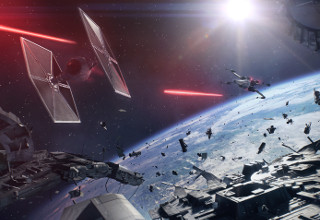