Tripwire, the studio behind games like Chivarly 2, The Killing Floor, and Maneater, has parted ways with CEO John Gibson after he went on Twitter to voice his support of the new abortion ban going into effect in Texas.

Proud of #USSupremeCourt affirming the Texas law banning abortion for babies with a heartbeat. As an entertainer I don’t get political often. Yet with so many vocal peers on the other side of this issue, I felt it was important to go on the record as a pro-life game developer.

Without getting too political here, we can only say one thing, what did he expect? A cookie? Also, a guy who made a name, making games titled, 'The Killing Floor' is, pro-life? Yeah we know they're just games, but come on! His tweet went semi-viral over the weekend amassed 16k likes, 2k comments, and 6k quote tweets, a sign that people weren't happy with his sentiment.

Tripwire didn't immediately respond, however this morning the company released the following statement.

A statement regarding recent events.

The comments given by John Gibson are of his own opinion, and do not reflect those of Tripwire Interactive as a company. His comments disregarded the values of our whole team, our partners and much of our broader community. Our leadership team at Tripwire are deeply sorry and are unified in our commitment to take swift action and to foster a more positive environment.

Effective immediately, John Gibson has stepped down as CEO of Tripwire Interactive. Co-founding member and current Vice President, Alan Wilson, will take over as interim CEO. Alan has been with the company since its formation in 2005 and is an active lead in both the studio’s business and developmental affairs. Alan will work with the rest of the Tripwire leadership team to take steps with employees and partners to address their concerns including executing a company-wide town hall meeting and promoting open dialogue with Tripwire leadership and all employees. His understanding of both the company’s culture and the creative vision of our games will carry the team through this transition, with full support from the other Tripwire leaders.

In conclusion, Tripwire had to part-ways with Gibson, and hopefully, this won't impact the studio from producing more high-quality games, but if you're here crying about cancel culture or whatever people call facing the consequences of their actions, we hope, for the few of you living in Texas, that you wrap that thing up, before you even think about doing the dirty work. 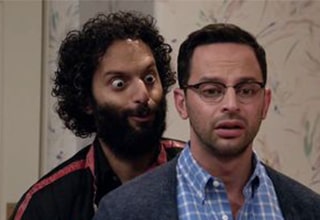