The cords have been cut. Most people under the age of thirty-five are subscribing more and more to streaming services and opting out of traditional TV packages. This includes video games as well.

Data shows that most people under the age of thirty spend more time playing games and watching videos on YouTube than their elder counterparts. And that means kids are seeing fewer ads and spending less time engaging with traditional TV-styled commercials.

Enter the world's least creatively named company, playerWON, which has been testing a product that serves gamers in-game ads. According to Axios:

Data from one of Simulmedia's pilot campaigns with Smite, a F2P multiplayer battle arena game from Tencent's Hi-Rez Studios, shows that players were much more likely (22%) to play a game and spend money within the game (11%), if they watched in-game ads that gave them access to more gaming perks.

PlayerWON already has a deal with EA and Hi-Rez, the Tencent-owned company which operates Smite, a F2P battle-royal game that has been ground-zero for product testing.

So what does this mean? Will the new God of War have Chrsytler commercials? Probably not, but if you play F2P games, you can expect to pay with your eyes and attention, because playerWON has plans to release in-game ads in at least a dozen games by 2022. 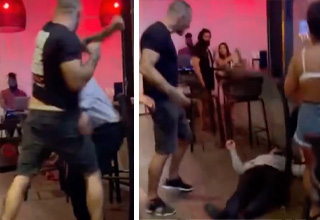