A streamer who goes by the username FerociouslySteph is causing a lot of drama by abusing her newly given powers on the platform Twitch. FerouciouslySteph is a non-cis furry who believes that the gaming community benefits only white men. If you disagree with her, she'll probably call you a Nazi. Twitch recently appointed her to be a part of an eight-member Safety Council to progress rights and standards for all streamers to adhere to. One of the many things Steph hates about gaming is voice chat.

She also believes that a lot of gamers are white supremacists.

Hot take, but the weird deer RPing and the retarded competitive gaming arguments that the latest member of twitch staff engages with is less concerning than the fact that a person hired to "promote healthy streaming habits" accuses detractors of being white supremacists. pic.twitter.com/8eMRr3wR4h

This is just the start of her controversial stances. She also loves to flaunt her power and that she is endorsed by Twitch

the problem isn't that you're:
- trans
- a girl
- roleplay as a deer

it's the fact that you're:
- flaunting your "power"
- saying "people should be afraid of you",
- reassuring that twitch "fully endorses you".

you're showing signs of someone who could abuse their power. pic.twitter.com/kOO7k76Kqn

Did I mention she thinks she is a deer and eats grass?

Turns out the Twitch Ambassador who wants to ban voice chat eats grass because they think they're a deer. pic.twitter.com/kfQ4QgzrvF

Oh, and she has 'deer-gasms' on stream! Twitch, what are you doing?

Self proclaimed “deer” (not joking)

Big tech is hiring mentally ill people to censor you

There are tons of valuable transgender voices that need to be represented on Twitch but to have that minority be funneled through the most power-hungry and eccentric person is not the right move. Twitch needs to take her off the safety council and replace her with a trans person who will not let the power go to their head. The issue here is not that she is trans, but that her values including that all gamers are white supremacists and that voice chat should be disabled are values that Twitch doesn't itself stand for. 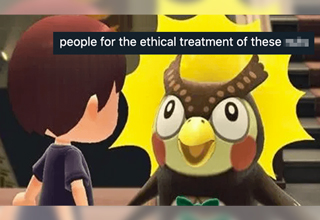