JustaMinx is one of Twitch’s most popular streamers with a following of over two million subscribers, and two days ago, she tweeted a series of videos that documented her night out at a strip club.

The night started off fine, with the streamer requesting a song from Netflix’s Wednesday, and getting everyone in the club to dance. However, her series of videos took a turn for the worse when she began slurring her words while a stranger wouldn't leave her alone.

She soon calls an Uber in an attempt to leave the club, but the stranger, intent on following her, begins to insist they share a ride together. Security appears to be unhelpful while the stranger follows her out of the bar.

im losing it over me asking and hinting at security to find my way out (cont) pic.twitter.com/gHBaCf4yER

pov: ur a bitch ass security thats tryna kick someone out when they don't wanna leave cuz there's a weirdo following them pic.twitter.com/sejTblcxhl

what's upsetting is the security didn't believe me and then he followed me to my uber pic.twitter.com/ThrPGFBOw6

Her videos capture every moment up until she enters her Uber, with the stranger outside of the car offering to pay the driver cash to get in. The driver is responsible and doesn’t allow it. The next day she took to Twitter again, realizing her drink was spiked.

my knuckle is bruised. i only have the three videos i posted from last night. the place wont answer. im so mad i can't remember shit
i still cant properly move without stumbling.
anyone know how fucking long it takes to be unroofied pic.twitter.com/cwKAUHUiwA

Friends began reaching out with advice and sharing experiences, suggesting she go to a hospital, and have the club check security camera footage. She explained through tweets that she’s recovering, confirming that she’s now in good care and “one with bed now.”

who gets roofied on a fucking monday 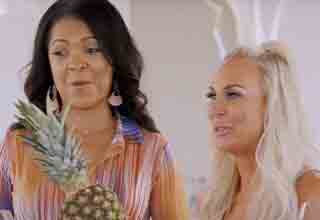