Last year, Twitch streamer AdrianahLee posted a tweet claiming that another streamer, CrazySlick, sexually assaulted her, but the allegations never came to light. Until September 2022 after Sliker was accused of scamming his fans and fellow streamers out of hundreds of thousands of dollars for his gambling addiction.

Mitch Jones claims Mizkif sent Maya and him to downplay the sexual assault of Adrianah Lee by CrazySlick. A huge claim which needs explaining.

The problem here is when Mitch then "clarifies" what Mizkif instructed them, he's not clear at all where the alleged downplaying was pic.twitter.com/xVNeDByJGq

CrazySlick used false stories about how his bank account had been locked and his bills were piling up to scam people into paying for his gambling.

The controversy triggered a discussion on social media about banning gambling from Twitch with fellow streamer Mizkif supporting the calls for bans. However, popular streamer Trainwreck disagreed, saying that people should be held accountable for their own addiction and that Twitch shouldn't be the one to stop them.

Following allegations that accused him of sexual assault, Twitch streamer CrazySlick is reportedly missing after sending “farewell” messages to friends, according to Mizkif pic.twitter.com/suxywhU7mn

Mizkif returns to Twitch after getting exposed for covering up a Sexual Assault!

In this clip he tries to Garner sympathy for not being able to sleep?

Many are upset that he still has platform. #DramaAlert pic.twitter.com/vaXSFBvD0F

The story went viral, causing tense controversy among popular Twitch streamers and fans. This caused another popular streamer, Ice Poseiden, to call out Mizkif saying, "I brought you into this world, and now I'm taking you out," bringing to light posted several private messages between the two where Mizkif was using racist and homophobic language. 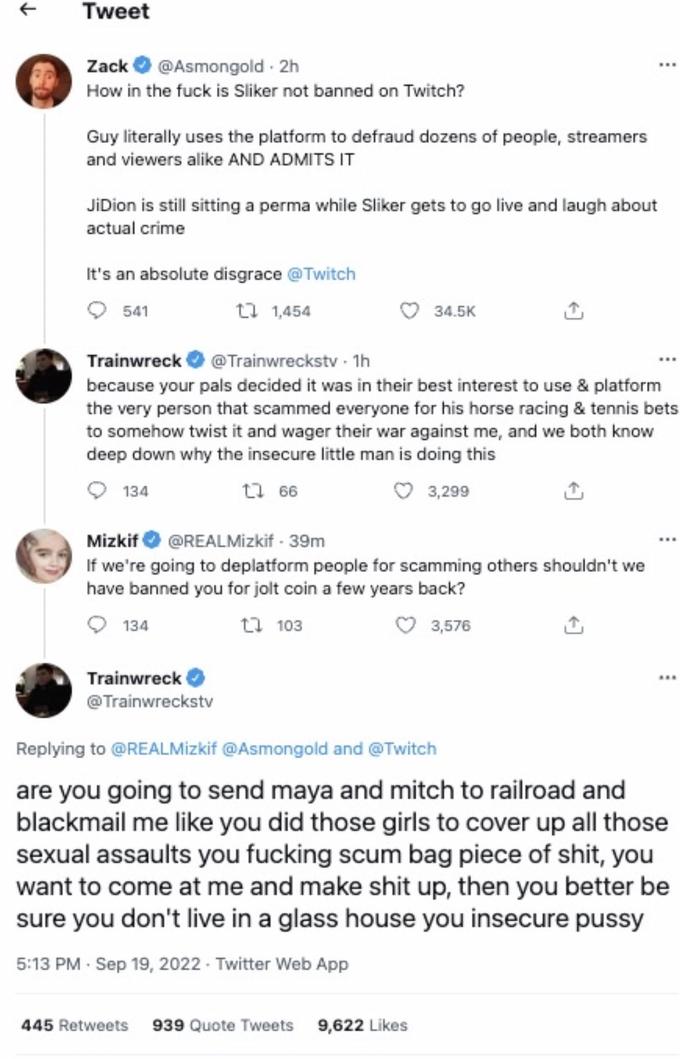 CrazySlick deleted his social media and stopped streaming altogether. Mizkif was suspended from Twitch and OTK, the streaming group he co-founded, and has stepped away from streaming until further notice. 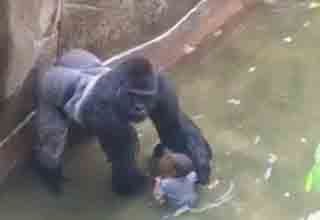 NEXT ARTICLE 10 Iconic Moments That Changed the Internet Forever