Amouranth, whose real name is Kaitlyn Siragusa, is best known for being hot. Though she spends most days, sitting in a room temperature kiddie pool, the world's foremost discussed streamer has found herself in hot water.

You'll probably remember her as the girl who made gym streaming popular, but her newest venture, what is being called Twitch's 'hot tub meta' might be a real turning point for the Twitch community.

Twitch didn't reach out in any way whatsoever. I had to initiate the conversation after noticing, without any prior warning, all the ads revenue had disappeared from my Channel Analytics

Your eyes aren't playing tricks on you, Twitch was actually serving kids Doritos commercials before hot tub streams. Though in a move no one saw coming, Twitch has suspended the advertising on Amouranth's channel effective immediately. But don't worry Tier 3 subs, she isn't being removed from the platform -- so no need to download thousands of hours of her fantastic content.

Twitch's 'Hot Tub Meta' has been the point of discussion for a few weeks now. Many female streamers are upset with Twitch's lax moderation policy around wearing bikinis on stream, a rule which Twitch has yet to confirm Amouranth has indeed broken.

This is an ALARMING precedent and serves as a stark warning that although content may not ostensibly break community guidelines or Terms of service, Twitch has complete discretion to target individual channels & partially or wholly demonetized them for

Whether or not Twitch wants a 'Just Chatting' section swamped with women stewing in "hot tubs" is their decision, but it seems many in the broader Twitch community are finally fighting their lustful desires to click on the hot tub girls Twitch has allowed to boil on their platform.

Ludwig, who recently broke Twitch's all-time sub-record called out Amouranth for taking too long to clean her Pickle Rick of all the names she had written on it, one for each sub she received during her stream.

Amouranth, who got her start in cosplay and later transitioned into streaming, and now pornography, might be the scapegoat Twitch has been looking for.  Though it seems this may be a watershed moment not just for Amouranth, but for all sultry Twitch streamers in general, only time will tell. 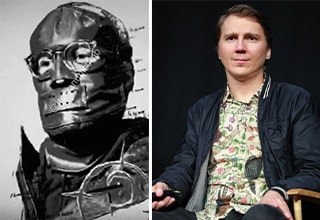