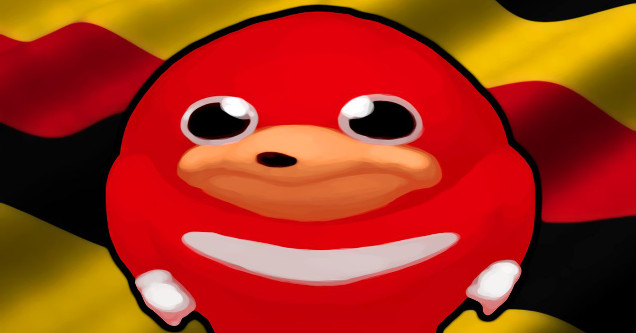 Whether you find it obnoxious or hilarious, there's no denying that Ugandan Knuckles is the talk of the town in the gaming meme-dom right now. Seemingly half of VRChat's quickly growing population has been running around with a demented Knuckles model during the past week, making mention of "the way" while spitting on anyone who doesn't play along.

As hilarious as most of us find it to be, not everyone is loving it. In-fact, quite a few people have found it annoying, including da commander the original creator of the model that has since become internet famous. 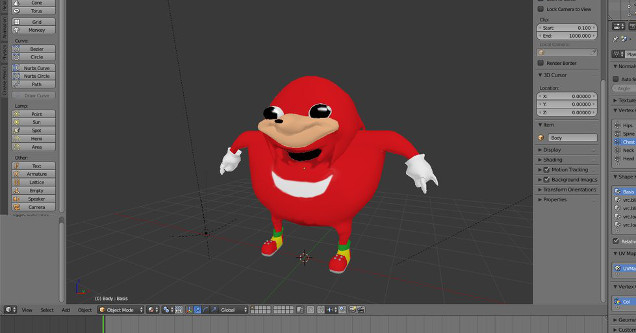 His username is tidiestflyer, and it was more than a month ago that he uploaded the model unknowing of how it'd change the virtual world. Now aware of how popular it's become, he's since commented on the original DeviantArt post sharing that he believes it's gotten out of hand, and pleading for gamers to be considerate. The comment reads:

Please do not use this to bug the users of Vrchat. Its community means a lot to me and it would hurt me to see the rights of other users taken away and possibly restricted because of how out of hand it can get. Showing off their creativity and what they are capable of. For me..... I'm in college and don't have a lot of time to get on like I would like to anymore... I remember making this and thinking... Well it could be funny to show off to my friends and possibly mess with users. But I've learned what kind of things I'm really capable of making. Its always fun to be the one with models no one else has access to. Because I can make anything that I want to be. Its like..... Its like that special place for me. To get away from the real world and be someone I'm not..... But right now. Vrchat has become a meme ground and I feel I have helped to dig a grave for Vrchat. Soon enough people are gunna get tired of all the memes that now pollute the servers. And with 500 people trying to just enjoy an event, they cant because there just isnt enough moderation to hold down the rampant amounts of memers. So please.... Think about the users that you're playing with. Before they are all gone... Don't let it be a second Second Life.

On one level he has a point; VRChat has transformed overnight from a place where 99% of interactions can be summed up as a few people chatting away about anime character models and interesting user-created levels to one where memes haunt every corner of the world.

And it only seems to be getting worse as the game has accumulated an active player pool larger than some major cities in Uganda. Two weeks ago you would be lucky to find a couple of these derpy Knuckles models in the same room looking around like they're lost in an amusement park. One week ago they must have started reproducing since thousands appeared out of nowhere. Now you can't even go 100 feet without having a Knuckles jump around making clicking noises and talking about finding da queen. 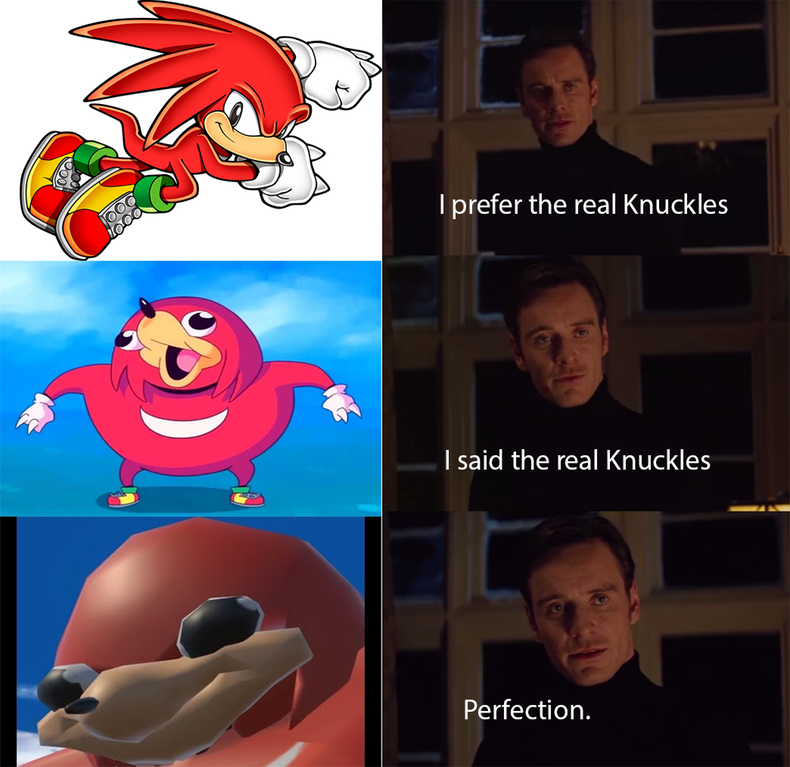 The real problem is that most users who roleplay as Ugandan Knuckles don't bother being creative. What you end up with is hundreds if not thousands of users behaving the same way, almost like they've been taken over by a Zerg hivemind.

Thankfully, there are a few people who are fully realizing the meme's potential, such as my friend ScrungusBungus who uses custom Russian-flavored models fitted into a variety of vehicles to deliver quality laughs, as seen in the video below.

Of course, this is what someone really looks like role-playing as a Ugandan Knuckles.

VRChat is currently one of the top trending games, having more than doubled its active player base over the holiday weekend. There's a point to be made that some new users will be turned off by how meme-ridden the game is right now, but if it weren't for Knuckles and his Ugandan brothas there's no way it'd have grown as quickly.

Bow down to da commander.

A Guide To Finding Da Wae

What You Need To Know About Ugandan Knuckles

This Is What Ugandan Knuckles Looks Like In Real Life 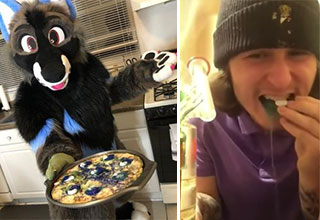