For the first time in three years, streamers from around the world came together this past weekend in Amsterdam for TwitchCon. The highly anticipated event has been postponed in recent years due to Covid-19, and while it definitely happened this year… what the heck was going on over there?

The event held multiple challenges and games for streamers to partake in, ranging from Minecraft competitions, to this event where the person who causes the water to overflow loses? Riveting stuff for sure.

Good till the last drop!

I have yet to brief myself in the culture around furries, so I couldn’t begin to tell you what’s happening in either of these clips.

To top it all off, the event was shrouded in controversy. Complaints quickly surfaced over Turkish streamers being denied entry to the country, banned streamers still being banned, and a lack of water for fans during Europe's current heatwave. To top it all off, there was a drive by shooting of streamers with an airsoft gun. One streamer was hit, but unharmed.

While I’m sure the event was very enjoyable for those who like this kind of thing, I am reminded that perhaps Twitch just isn’t for me. Maybe I’m just too old, but really, what the heck was going on? 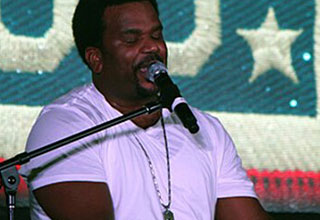