We got two huge new consoles and a bunch of great games this year, but now that the PS5 and Xbox Series X are out, there's even more to look forward to next year.

Here's some of the most anticipated games to watch out for in 2021.

The sequel to one of the most storied RPG franchises of all time comes out of early access and releases fully in 2021.

Halo returns to consoles and brings in the next generation of first person shooters in the fall of 2021.

The sequel to one of the most surprising games of the last decade, Nier Automata, comes in 2021.

Arkane games returns to the forefront of gaming with a new IP that’s a PS5 exclusive on May 21st, 2021.

Hitman brings the next generation of assassinations to gamers on January 21st, 2021.

The latest installment in Ubisoft’s sandbox shooter franchise releases in 2021.

Sony bolsters their exclusive lineup with another title from Insomniac Games in their hit Ratchet and Clank franchise.

The sequel to the open world genre re-defining Horizon Zero Dawn launches in Spring 2021 with new mysteries to uncover.

Kratos and Atreyus return in 2021 in the sequel to one of the greatest games of the last generation.

DC fans get to see some of their favorite superheroes on the next generation of consoles when Gotham Knights releases in 2021.

The cult classic franchise returns in 2021, making gamers choose what side of a vampiric war they want to be on. 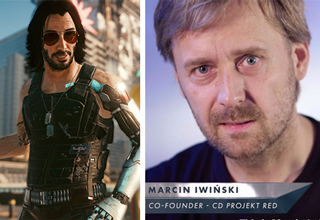