Movie studios have long tried to bring video games and their characters to the big screen. Unfortunately they've failed just about every single time.

With the recent shots of Tom Holland and Mark Wahlberg as Nathan Drake and Sully in the new Uncharted movie, we thought it apt to bring you the most cringe video game movies of all time. Because who doesn’t love a little cringe.

The Mortal Kombat franchise is nothing short of a cult phenomenon. With outrageous finishing moves and even better characters, it was entertaining with just the right amount of controversy, and its film adaptation followed suit.

While the movie was a critical failure, at least its terrible CGI gave moviegoers in 1995 something different.

Jean Claude Van Damme was THE action movie star of the late '80s and early '90s. His double split and immense roundhouse kicks gave action movie fans everything they needed.

So when it was announced that he’d be playing all American tough guy Guile in the Street Fighter film adaptation, no eyebrows were raised.

2014’s Need for Speed definitely left a lot to be desired, especially considering its stellar cast.

In a world that was supposed to be fun, everything felt drab and too long.

This doesn’t fall too flat but considering the film adaptation is set in a dystopian New York City, it’s a far cry from the happy and colorful world audiences knew from the games.

Bob Hoskins as Mario, John Leguizamo as Luigi, Samantha Mathis as Daisy, and instead of Bowser, we get President of the Koopas, played by Dennis Hopper. It’s all a little too jarring.

Possibly one of the worst performing films in recent memory, 2009’s Street Fighter: The Rise of Chun Li was a tie in for Street Fighter IV’s release on the PS3 and Xbox 360 that same year.

With some pretty forgettable performances and a disjointed plot, this adaptation of one of video game’s most powerful and beloved female fighter fell short in every way possible.

Maybe one of the only truly great things to happen in 2020 was the internet bullying Paramount pictures into redesigning Sonic the Hedgehog for his film adaptation.

Now if only all movie houses would listen to the internet to make movies more fan friendly (looking at you, Marvel).

Dwayne “The Rock” Johnson stars in this adaptation of Doom. The movie transitions into a sort of FPS style camera angle at one point and of course there’s the obligatory shooting of alien creatures terrorizing a research lab on Mars.

If it wasn’t for The Rock, no one may have ever even seen this movie.

If you’ve ever wanted a purely over the top yet underfunded adaptation of a video game, Far Cry is your best bet.

Uwe Boll’s direction makes this an intentionally funny play on the hugely successful franchise. It’s almost as if this film is self-aware, like it knows it’s a cringe adaptation of a video game and it simply makes it work.

Dwayne “The Rock Johnson is in back in his 2018 adaptation of the video game Rampage. This movie deviates from the source material a little, with a 20 ft tall Kaiju style Johnson who's too cringe even for a video game movie.

It centers around Johnson’s ability to interact with his own Kaiju, an albino Silverback Gorilla. A typical Johnson action flick but not aided at all by the obvious plot holes and over-the-top CGI.

This adaptation of an overly sexualized bikini clad fighting game is surely a spectacle. With Eric Robert as the baddie and Devon Aoki the protagonist, it's entertaining only the way a cringe action flick can be.

Sadly, with no gore (or nudity) it's pretty family friendly.

2009 was the year of terrible film adaptations of fighting games. With sub-par acting, awful CGI, and a cast that seems like it was meant to be forgotten, this Tekken film did no justice to the franchise.

While some of the fight scenes were passable, the portrayal of the characters was despicably cringe. If you’re looking to painfully waste 87 minutes of your life, this would be the way to do it.

Only eight years apart, both the original and reboot failed to hit the spot that the games do.

With the fight scenes looking a little too choreographed and lackluster villains, there’s much to be desired.

If we didn’t have access to the YouTube trailer of either we would have completely forgotten what each movie was about.

This is undoubtedly the world’s most recognized MMORPG. So naturally there would be a huge budget blockbuster film about it.

But the movie is meh. No other way to say it.

The film tries too hard, and while the CGI was decent, it failed to capture the essence that the game. No "Leeroy Jenkins" here my friend.

Michael Fassbender stars in this adaptation Ubisoft’s masterpiece. The film expands of the franchise’s mythology by taking place during the Spanish Inquisition, but it’s a tired attempt.

For the big name cast members and big budget, its potential was never fully realized. It tried to pack too much of the games into 115 minutes, creating a real disappointment.

Alone in the Dark

It takes a lot to be considered one of the worst films ever made. There are so many factors in which a film can find redemption, but 2005’s Alone in the Dark failed at everything.

Starring Christian Slater and Tara Reid, the film is based on the fourth installment of the video game franchise. While it’s supposed to be a supernatural spectacle, it’s actually just a terrible let down.

If you’re looking for an out-of-touch and truly offensive adaptation, Postal is your best bet.

The opening scene sees the two hijackers aboard flight 11 discussing whether it’s worth it to crash into the north tower of the World Trade center.

Having decided against flying into a building, the hijackers reroute toward the Bahamas, until the passengers inadvertently lead them to crashing into the tower anyway. Yikes.

If you’re looking for a vampire slasher movie that's not quite as good as Blade or Van Helsing, BloodRayne is perfect.

With a decent cast, outrageous costumes, and over-the-top acting, this adaptation is truly absurd. Michelle Rodriguez even slips in and out of a British accent for some reason.

Aside from the obviously whitewashing by casting Jake Gyllenhaal as a non-white prince, the CGI, acting, and directing are OK.

But it's too hard to get over the fact that Ben Kingsley, Alfred Molina, And Jake Gyllenhaal were cast as Persians. You really spend the whole movie distracted by that. 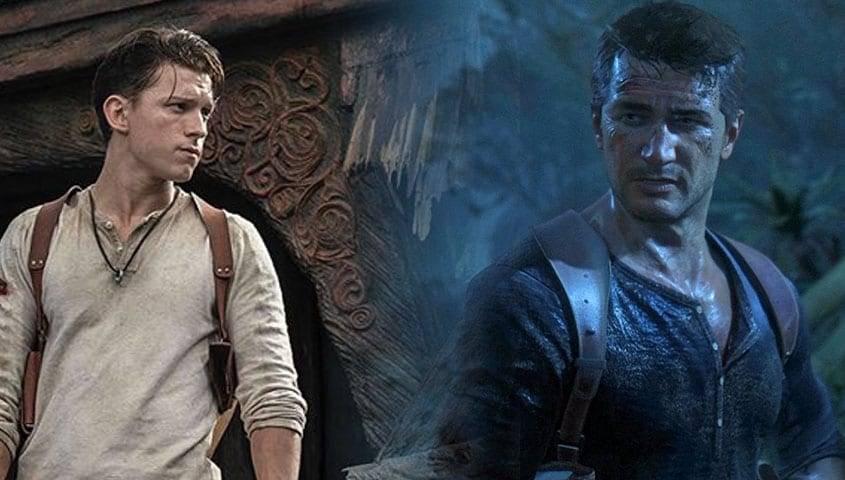 This movie has the potential to be the best of the lot, but with the constant director changes and production push backs, we can only hope Sony stays clear of the boobie traps of video game film adaptations.

The recent shots of Tom Holland as Nathan Drake and Mark Wahlberg as Victor “Sully” Sullivan are promising, so there’s still that glimmer of hope that they won’t completely mess this up, but to be safe we put it here anyway. 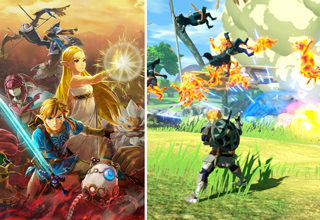 NEXT ARTICLE 'Hyrule Warriors: Age of Calamity' Is a Worthy Prequel to 'Breath of the Wild'